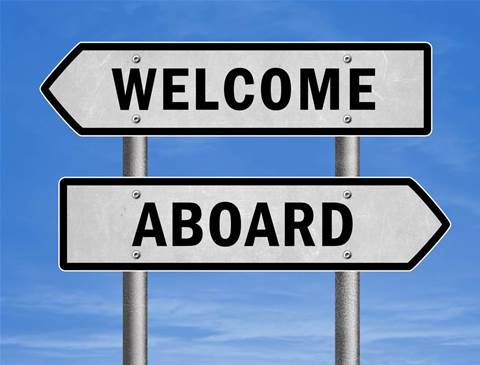 Quantum Tuesday said it has hired James Mundle as its global channel chief with a mandate to expand the company's channel partner strategy and be the channel's executive advocate.

"We like to use that term," King told CRN. "James is responsible for leading all our worldwide channel activities. Most of our revenue comes through the channels. It's incredibly important we have an executive leading our channel business."

Mundle is not Quantum's first global channel chief, although it has been several years since the company had an executive in that role, said King, who joined the company in March 2019.

"We've been ramping up our channel business and meeting with dozens and dozens of partners, and realized we had gaps in developing programs for partners," she said. "We have a good program today, but I felt it could be better. Quantum is on a growth strategy. Sales are up, and we've made acquisitions. We want to benefit from that growth trajectory."

With that growth trajectory, Quantum is committed to transforming its business model, including on its channel side, King said. "With this role, we wanted to bring a global perspective to the channel," she said.

Mundle told CRN he welcomed the opportunity to work with Quantum, which not only has a leadership position in multiple industries but also has a strong executive leadership team.

"It's obvious to me that the leadership across the different product areas offers significant opportunities," Mundle said. "It is combined with the clarity of vision of how Quantum wants to achieve leadership, as well as its culture. I wanted to be a participant in that success."

Mundle said he plans in invest in the company's channel program to build value with new automation, reference architectures and more to make partners more successful.

"We'll continue in that vein," he said. "And I want to make sure we look at our verticals, including media and entertainment, video surveillance and data center, to make sure we have the right tools to make partners successful."

Quantum has been doing right by the channel and can be expected to do more with the hiring of Mundle, said Daniel Furth, vice president of StorageHawk, an Arlington, Va.-based federal government-focused solution provider and Quantum channel partner.

Furth said that he has not yet had the opportunity to meet Mundle.

"But I feel comfortable knowing he came from Veeam, which is also a channel-centric organization," he said. "I expect Quantum will continue to be channel-centric. It's important they're bringing in someone who wants to continue that channel focus."

While Furth said he hopes to see Quantum's technology focus to move more toward solutions, especially based on acquisitions it has made including that of Western Digital's ActiveScale business, he has nothing high on his list of changes he hopes to see with the new channel leadership.

"I've been very comfortable with Quantum's work in the channel," he said.