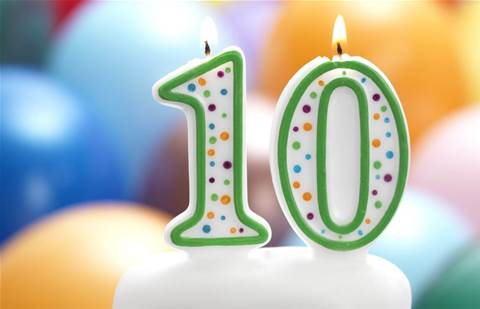 Co-founder Matt Wright told CRN the idea for the company came when he and fellow co-founder John Deeb were working at Oracle and saw customers fail to get the most out of its middleware platforms.

“We would go in at the beginning and show customers design patters and the best way to make it work, but the reality was we’d be asked in at the end of a project when best practice had not been followed and they needed someone to finish it off.”

“We saw the a need for a market provider to help customers do things the right way.”

And so Rubicon Red was born.

“We started there with advisory, then started building solution,” Wright recalled. “Then customers asked us for other services – MSPs they worked with couldn’t handle the complexity of the platform.”

As the company grew, it developed its own intellectual property to package and deliver Oracle middleware products. Those tools have now become MYST, a product that Rubicon Red markets around the world and which has won big-name customers such as GE and RaboBank.

Another major step for the company was opening an engineering centre in Hyderabad, India, where around half of the company’s 75 staff are now located.

Further milestones Wright recalls fondly include co-authoring books (The Oracle SOA Suite 11g R1 Developer's Guide might fit under a Christmas tree). “We pride ourselves in being thought leaders,” he says.

Wright is also proud that Rubicon Red was one of the first entities, anywhere, ever, to run Oracle 12c on AWS in a true production cluster across two availability zones.

As the company enters its second decade, Wright said he thinks the company’s Oracle expertise will continue to be valued by clients.

“Oracle is a little mixed as a partner. Like all things, it builds on relationships. The key with Oracle is understanding how the company is driven.”

“A lot of customers only see the sales face, not the engineering teams, the product management teams, who are very passionate about seeing the product used well. We can help make sure customers are exposed to the right parts of Oracle  -  being able to navigate that is the key to success.”

Wright added that Rubicon Red’s key to future success is “to move towards solution as a service.”

“Everyone is rushing to the cloud,” he says. “It’s either lift and shift for existing applications, or moving to SaaS.”

He feels customers mistakenly believe that move is a digital transformation.

“Moving ERP to cloud is not transformative,” he counters. “It will not dramatically change your business. We see a lot of organisations like this: they want to use technology to change their business or create new opportunities, but the typical mentality is that it’s a single project and it doesn’t deliver.”

Rubicon Red hopes its own changes to a service-driven mentality and DevOps practices help its customers do better.

“We are going for a product-centric approach and a key part of that is taking agile principles but wrapping a commercial structure around it.”

“So we now have a development team that also runs and operates the solution.”

“We have invested a lot in automation and part of that is that cultural mindset.”

Mitigate tech risk in your business
By Simon Sharwood
Dec 4 2019
9:00AM