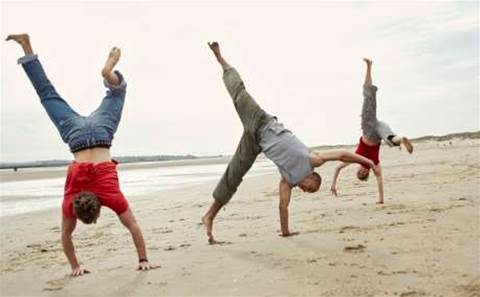 Gold Coast provider LiveBackup has introduced a data management service that charges customers for restoring, not backing up.

“The whole idea of this model is to reward for good behaviour. It’s similar to car insurance. If you don’t make any claims then you’re on the best rate and no excess,” said Todd Brooker, sales director for LiveBackup.

A company that restored less than 5 percent of their total data volume in a 12-month period could save up to 50 percent on their backup costs, said Brooker.

“Every 12 months we review and see whether our customers are following best practices and then they get rewarded with a better rate on their backup,” he added.

Traditionally corporate clients paid a flat rate for the backup service, a flat rate for storage and a restore licence that varied according to the amount of data restored.
The industry average for backing up a terabyte of data was between $1,000 and $1,200 per month, Brooker said. LiveBackup was reducing its prices from “around the $1,000 mark” to $500 for customers that rarely restored.

LiveBackup could store data in two data centres for financial institutions which required copies of their data stored in two separate geographic locations. The service had a minimum requirement of 1TB for data stored and increased in 1TB increments.

The service, based on Asigra software, backed up servers, desktops, mobile phones and tablets. It also could backup cloud services such as Microsoft Office 365, Google Apps and Salesforce.com.

LiveBackup installed a “fast restore box” on site which held up to 14 days of backups. It used common file elimination and deduplication to reduce the amount of data sent over the wire to LiveBackup’s data centre. Customers were charged only for the amount of data stored.

LiveBackup was founded in 2010 by GCOMM, an MSP and ISP with 40 staff and $13 million turnover.

Mitigate tech risk in your business
By Sholto Macpherson
May 13 2014
9:08PM