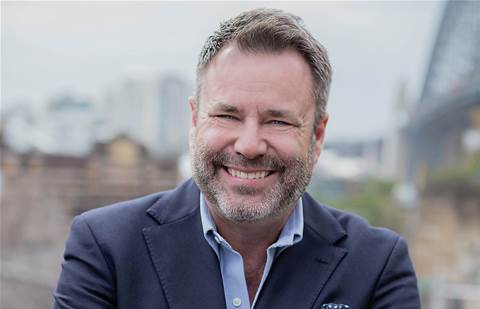 Rackspace ANZ general manager Darryn McCoskery has stepped down from his role.

Former HPE exec Sean Girvin has been named as his replacement in a new role as ANZ managing director.

The cloud provider did not provide more details on McCoskery’s future, but confirmed he has left Rackspace. CRN understands he has not taken on a new role.

“On behalf of Rackspace, I would like to thank Darryn McCoskery for his contributions to the business during his tenure,” Rackspace chief executive Kevin Jones said in a statement.

Girvin will report directly to Sandeep Bhargava, who was named to the new role of managing director for Asia-Pacific and Japan, based in Rackspace’s Singapore office.

“Clearly I am very excited to have the opportunity to assist our customers and partners on their digital transformation journey,” Girvin said in a statement.

“I very much look forward to working with the team as we help customers accelerate the value of the cloud and ensure Rackspace is recognised as the best partner in the marketplace, helping companies on their journey to get the most out of their cloud investment.”

Girvin last held the role of vice president - head of sales enterprise services at HPE South Pacific until his departure in 2017. He also held leadership roles at the pre-split Hewlett Packard Company and EDS Group, with roles across Australia, the UK, the US, Canada and Sweden.

“We are extremely pleased to welcome Sandeep and Sean to the Rackspace family,” Kevin Jones said.

“They bring with them a wealth of global experience and outstanding track records for leading and transforming businesses with energy and passion. I’m looking forward to seeing their positive influence take shape in the region with their teams, and our customers and partners.”