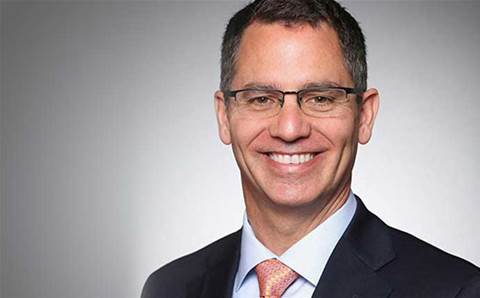 Eazor will officially begin his tenure running the cloud hosting and managed services provider on June 12, according to a statement from the company. Former chief executive Taylor Rhodes stepped down earlier this month.

The 54-year-old executive previously led EarthLink for three years, through the Atlanta-based telecommunications provider's acquisition by Windstream for US$1.1 billion at the end of last year.

Eazor also managed Asia-Pacific operations for EDS, the Ross Perot-founded IT outsourcing company which became HP Enterprise Services after its acquisition in 2008. Following the acquisition, Eazor was a senior vice president and general manager in the HP division.

At EDS, Eazor worked with Jeff Cotton, Rackspace's current president who has been serving as acting CEO since Rhodes departure.

Earlier in his career, Eazor was CEO of Springbow Solutions, an Internet portal startup.

Rhodes was hired as CEO in September 2014 when Rackspace was still a publicly traded company mostly focused on its own cloud services. He accepted the top job after the company put itself on the market only to reject all acquisition offers and decide to remain independent.

Last year, Rackspace was privatised, purchased by Apollo Global Management for US$4.3 billion. Since then, it has focused on partnerships with the three hyper-scale cloud giants it once competed against—AWS, Microsoft Azure and Google Cloud Platform—shifting focus from hosting to managed services.

Eazor also sits on the board of directors of Discover Financial Services and Commvault, according to his LinkedIn page.

Telecommunications Services
By Joseph Tsidulko
May 25 2017
6:30AM