Rackspace laying off 10 percent of US workforce 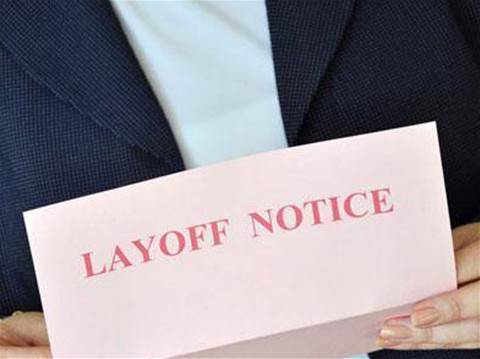 Multi-cloud technology services provider Rackspace Technology this week unveiled restructuring that will result in the laying off of about 10 percent of the company’s US workforce.

Rackspace said it is investing between US$65 million and US$70 million to re-align resources towards fast-growing product and services offerings, including towards cloud services focused on such initiatives as cloud migration, elastic engineering, cloud-native application development, artificial intelligence, machine learning, and security services.

However, the company said in a Thursday regulatory filing, about 10 percent of its workforce are expected to be laid off, with about 85 percent of those roles slated to be replaced via Rackspace’s offshore service centers.

Nearly all the impacted employees were notified Wednesday, and are slated to leave over the next 12 months.

Rackspace estimated the restructuring plan will result in about US$70 million to US$80 million in expenses over the next 12 to 24 months, primarily in the next 12 months. Those include termination benefits to the affected employees including severance payments, healthcare benefits, and other exit costs, along with other expenses related to one-time offshore build out costs, asset write-offs, professional fees, and expected investments in automation and technology.

Rackspace expects the restructuring plan to generate about US$95 million to US$100 million in gross annual savings, which is expected to fund the US$65 million to US$70 million resource alignment.

A Rackspace spokesperson, responding to a CRN US request for further information, said via email that the layoffs and investment are part of a strategic initiative related to the expanding multi-cloud market opportunity, an opportunity which has accelerated recently because of the COVID-19 pandemic.

The Rackspace restructuring will fuel the company’s multi-cloud restructuring and investment, including investments in new service development efforts, additional delivery capabilities, go-to-market enhancements, and expansion of best-shoring centers of excellence, the spokesperson said.

At the same time, the spokesperson said, Rackspace is continuing to hire new employees to accelerate its business, and has over 700 open roles worldwide to join its global workforce of more than 7,000 employees, also known as “Rackers.”

The company last year reported US$2.7 billion in revenue with a net loss of US$245.8 million. In its first quarter this year, which ended March 31, Rackspace Technology reported revenue of US$726 million, an increase of 11 percent from the same quarter the year before, and a steeper net loss of US$64 million than a year ago in the same period. The firm will announce its second quarter financial results August 11.

In June 2020, the company rebranded from Rackspace to Rackspace Technology.

Grow your software revenue by selling these 5 affordable, essential tools for the modern workplace
By Joseph F. Kovar
Jul 26 2021
6:59AM