Rackspace Lays Off 3 Percent Of Workforce 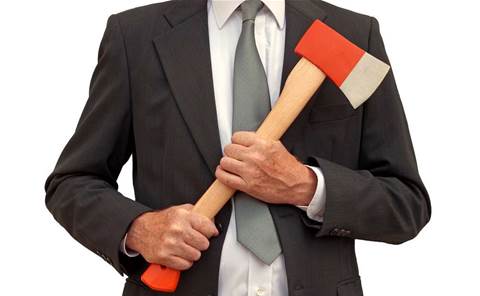 Rackspace confirmed it has eliminated about 200 workers, or three percent, of the managed cloud computing company’s global workforce of 6,600 employees.

“As a normal course of business and like many major tech companies in our industry, we are constantly rebalancing our workforce as we evolve and grow our business,” the company said in a statement. “We continue to invest in our business based on market opportunity and our customers’ needs. We take actions on an ongoing basis in some areas where we are over-invested and hire in areas where we are under-invested.”

Rackspace declined comment on a report that the latest layoff round was the third since Apollo Global Management purchased the then-publicly traded, San Antonio-based company and took it private in a US$4.3 billion deal that closed in November 2016.

“Rackspace continues to be a stable, profitable company,” the company said in its statement. “We have an exciting opportunity to accelerate the value of the cloud for our customers and are uniquely positioned to help them during every phase of their digital transformation journey.”

Channel partners accounted for 28 percent of overall Rackspace sales last year—including 52 percent of new customers and workloads—compared with about 18 percent in 2017, McLin said.

The company has expanded its sales force that works with channel partners to 40 individuals from eight last year.

Rackspace also has piloted a new “partner all cloud guides app” that it’s ready to roll out.

“It allows the partners to have a cloud transformation discussion with their clients,” said McLin. “That will drive additional leads and opportunities to the channel.”

Rackspace plans to introduce a new verticals-focused partner certification program and partner locator tool in the second half of the year.