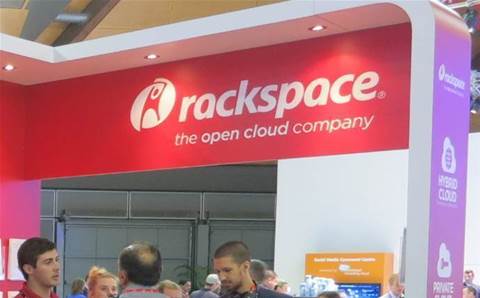 Rackspace, a major player in deploying public cloud to enterprises, has signed a deal with Google to offer managed services for enterprises using the Google Cloud Platform, the companies announced at Google Cloud Next 2017 Conference in San Francisco this week.

Rackspace's transformation from a direct public cloud competitor of those hyper-scale providers to a partner has accelerated since the company was taken private late last year.

Google was the only remaining public cloud operator that Rackspace customers were asking for, he said.

Rackspace will launch its practice in beta in the coming months, and will keep building out the offering, in consultation with Google, throughout the year, Lee said.

The partnership came after many discussions over the course of the last couple years. But the timing recently became right, Lee said.

Rackspace has "a chance to build out and learn with what we’ve done with Azure and AWS, and we can extend that to Google Cloud."

Rackspace was a public cloud pioneer, among the first colocation providers to virtualise its infrastructure and rent it online as a service. In the early days of that business, the company played a major role in the development of the OpenStack cloud operating system first introduced at a NASA research facility.

But Rackspace struggled to compete technically and financially with global powerhouses like Amazon, Microsoft, Google and IBM. In July 2015, the company struck its first partnership with one of those vendors, agreeing to offer its popular Fanatical Support service to customers of Microsoft Azure. A similar deal came a few months later with AWS.

Lee took charge of the Google practice a couple of months ago, after spending his first year at Rackspace working with chief executive Taylor Rhodes to develop the company's strategic priorities. The talks with Google predated his 15 months at Rackspace, he told CRN USA.

Those talks accelerated in the second half of 2016, at which point Rackspace started dedicating significant resources to developing that practice.

"We view this as being one of the hyperscale growth levers moving forward," Lee told CRN USA. "From a customer adoption perspective, companies partner with Rackspace to provide that expertise at scale. Our aspiration and our intent is to be a big meaningful part of Google's ecosystem."