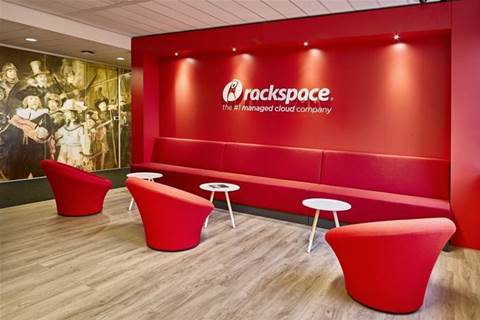 Fresh off its recent IPO, shares of Rackspace Technology are soaring today following a report that Amazon is currently in talks to invest and become a minority stakeholder in the cloud services specialist.

Rackspace shares are up 14 percent at US$18.85 per share as of Monday afternoon. Two weeks ago, the San Antonio, Texas-based cloud management company returned to the public market after four years in the private sector.

Amazon is in preliminary talks to invest in Rackspace which would involved Amazon buying a minority stake, according to a report by Reuters citing unnamed sources familiar with the matter. Reuters said the deal could take one to two months to be finalized.

The news comes after Amazon recently formed a Strategic Collaboration Agreement with Rackspace through which the two companies would expand joint offerings in the Rackspace Technology service block catalog around cloud strategy, migration, cloud operations and support.

In 2016, a group of investors led by Apollo Global Management purchased Rackspace for US$4.3 billion and withdrew the company from the New York Stock Exchange.

Over the years, Rackspace has shifted from a colocation and cloud services provider to an MSP that partners with its former cloud competitors such as AWS, Microsoft Azure and Google Cloud. The company has formed several strategic technology partnerships with the three public cloud titans AWS, Google and Microsoft.

The company offered 33,500,000 shares at a price of US$21 per share, but investors were cautious with the stock closing at a US$16.39 per share. Rackspace said in an S-1 filing with the U.S. Securities Exchange and Commission that it will apply around 85 percent of the cash raised in its IPO to pay down debt. Rackspace currenty has a market cap of nearly US$3.7 billion.

Grabbing the hybrid cloud opportunity with Lenovo and Azure Services
By Mark Haranas
Aug 18 2020
10:49AM