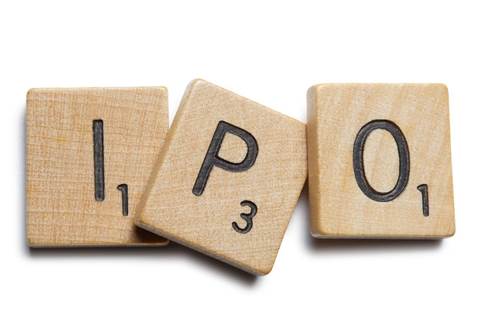 Four years after privatization, Rackspace Technology revealed Friday it filed a statement with the Securities and Exchange Commission declaring its intention for an initial public offering.

Rackspace didn’t set the number of shares it will offer or a price range for them in its S-1 statement to the U.S. Securities and Exchange Commission. The managed cloud provider, which looks to be listed on the Nasdaq exchange under the ticker RXT, is now in a quiet period and prohibited from discussing its plans.

A successful IPO would bookend an incredible chapter of private equity ownership for the pioneering cloud company.

After it withdrew from public trading on the New York Stock Exchange back in 2016, Rackspace transformed from a colocation and cloud services provider to primarily a managed services provider that partners with its former hyperscale cloud competitors.

Rackspace’s comprehensive transformation was executed through a string of acquisitions and the forging of close alliances with the three largest public cloud vendors, as well as a number of technology partners across the cloud stack.

That pattern was on display just earlier this week, when Rackspace announced a Strategic Collaboration Agreement with Amazon Web Services through which they would expand joint offerings in the Rackspace Technology service block catalog around cloud strategy, migration, cloud operations and support.

To reflect the transformation positioning the company as a multi-cloud solutions powerhouse, last month Rackspace conducted a subtle but significant rebranding, appending the word Technology to its corporate moniker.

In 2008, Rackspace Hosting, as it was previously called, went public on the New York Stock Exchange under the RAX ticker.

The company was among the first colocation providers to virtualize its infrastructure and rent it online as a service. It later played a major role in the development of the OpenStack cloud operating system first introduced at a NASA research facility.

But as cloud adoption soared, it was becoming increasingly apparent Rackspace would struggle competing with the likes of Amazon, Microsoft and Google in the public cloud market it helped pioneer.

Speculation of an acquisition swirled in 2015 as Rackspace did what was previously unthinkable—struck an alliance with Microsoft to manage workloads on the Azure public cloud.

As acquisition hopes faded, a group of investors led by Apollo Global Management agreed to purchase Rackspace Hosting for US$4.3 billion and take the cloud provider private.

Rackspace later completed the public cloud trifecta by partnering with Google Cloud. An aggressive acquisition strategy followed that entirely repositioned Rackspace as a powerhouse in the channel.

Rackspace bought TriCore, a Boston-based solution provider specializing in SAP and Oracle workloads, in 2017 in what was at the time the largest acquisition in its history, one that extended Rackspace’s managed services business up the enterprise software stack.

The TriCore deal was soon eclipsed with one for New Jersey-based Datapipe that united two colocation and managed service giants into a global powerhouse, especially in the AWS ecosystem.

Rackspace Chief Solutions Officer Matt Stoyka told CRN at the time that structure will serve it well as the market approaches another surge of cloud adoption and digital transformation.

“We’re starting another evolution of cloud,” Stoyka said. “You’re seeing companies in multiple industries looking at multiple clouds. Our job is to advise customers, guide them through that process.”

Cloud application revenue made easy
By Joseph Tsidulko
Jul 13 2020
7:17AM