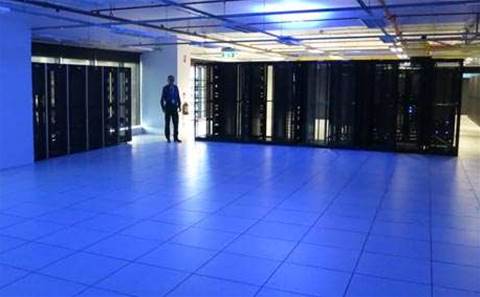 The decision to build a data centre smack-bang in the centre of Melbourne's CBD continues to pay off, with the site now opening its third stage.

Melbourne Data Centre (MDC), which is part owned by the directors of cloud provider Enspire, was established in March 2011. Its home is 530 Collins St, which once held ANZ's Melbourne HQ as well as the ASX data centre.

Mark Eckert, director of both MDC and Enspire, gave CRN a tour of the data centre on level 15, which is currently being expanded to add a further 80 racks.

MDC started stage one back in 2010-2011 with 120 racks, then grew to 240 for stage two and is now approaching 320, with no signs of slowing. "Once we get halfway through stage three and our pipeline is strong, we will do stage four," said Eckert. That would take MDC up to 370 racks.

As MDC opens it third stage, it is clear the original move has paid off, but it was still a big gamble back in 2010. The initial cost was "north of $10 million – and that would have been on day one", says Eckert.

"We bought 40 racks, $3000 each and now we are at about 190 racks. That is quite a scary number, some of those racks have a million dollars of kit in their rack."

The data centre includes the racks that house Enspire's own data centre, hosted on one of the first Vblock units in Australia. Vblock is built by VCE, a consortium of Cisco and EMC with investments from VMware and Intel. Eckert calls it a "data centre in a box".

According to Eckert, MDC is the most central data centre in Melbourne and one of the few anywhere in the country with a prime CBD location.

The site came up for grabs in 2010 when anchor tenant ANZ decided to relocate to Docklands.

MDC's directors were already familiar with the site: director Paul Comito had spent around 15 years as national IT infrastructure manager for ANZ, while Enspire were tenants elsewhere in the same building.

Eckert told CRN the site's potential was clear. The 15th floor sits on a reinforced slab, the building offer high security and – most importantly – it is served with 4 megawatts of power.

"You don’t get that in a commercial building in the CBD. To bring that much power up the risers would cost millions of dollars," said Eckert.

He pointed out another advantage: the owners have complete control over the water tanks and generators. "That is absolutely critical. Our data centre is totally isolated from any third party; we manage and control everything."

Fellow director Geoffrey Nicholas told CRN: "It is a success story because it has been done by entrepreneurs not the big corporates. We recognised the need in the CBD and picked a winner."

The data centre currently houses around 50 clients, with roughly half corporates and half service providers.