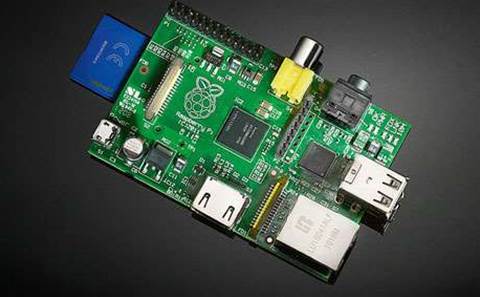 The makers of the Raspberry Pi have revealed that they're working on an embedded version of the $35 computer for commercial products and businesses.

While the Raspberry Pi is predominately an educational device, the foundation behind the cheap-and-cheerful computer said "a very significant number" of its users were embedding the device into systems and commercial products.

"We think there needs to be a better way to allow people to get their hands on this great technology in a more flexible form factor, but still keep things at a sensible price," said director of hardware James Adams in a post on the Raspberry Pi blog.

To address this, the foundation has unveiled the Raspberry Pi Compute Module, which "contains the guts of a Raspberry Pi" in a new format.

The Compute Module features the same processor and 512MB of RAM as the existing Raspberry Pi, but also has 4GB of built-in flash memory, all on a 67.6mm x 30mm board.

That board fits into a standard DDR2 SO-DIMM connector - the same used for laptops, although Adams warns against trying to plug it into a laptop as "the pin assignments aren't even remotely the same".

The module is designed to allow users to create their own PCBs, said Adams, but the foundation is also releasing its own Compute Module IO Board "to help designers get started".

"It provides the necessary power to the module, and gives you the ability to program the module’s flash memory and access the processor interfaces in a slightly more friendly fashion (pin headers and flexi connectors, much like the Pi), and provides the necessary HDMI and USB connectors so that you have an entire system that can boot Raspbian (or the OS of your choice)," explained Adams.

"This board provides both a starting template for those who want to design with the Compute Module, and a quick way to start experimenting with the hardware and building and testing a system before going to the expense of fabricating a custom board."

The Compute Module and IO Board will be sold together as a Development Kit in June from RS and Farnell.

Prices weren't immediately released, but the Compute Module itself will be sold separately shortly afterwards for US$30 in batches of 100, or slightly more individually.

Raspberry Pi has released a short demo video, which you can watch below:

Eliminating departmental friction within MSPs
By Nicole Kobie
Apr 8 2014
5:49AM