Readify ready to "power the next Airbnb" with buyout 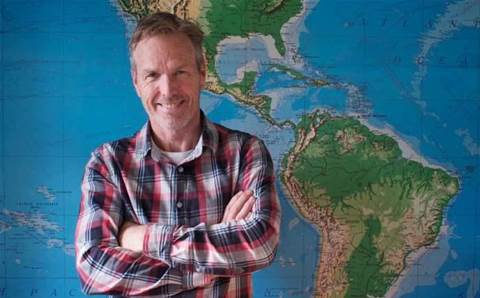 The acquisition was financed by a $7 million acquisition fund activated late last year, which was also used buy a 20 percent stake in Sydney-based user experience and branding agency Folk.

Readify managing director Graeme Strange said bringing Huegin and Folk on board was in line with the company’s strategy to offer software development, design and data analytics under one roof.

“We want to be the organisation that powers the next TaskRabbit or Airbnb,” said Strange.

“Software is useless unless it’s so beautiful and intuitive that people want to use it. Collecting data is pointless unless we can make sense of it and use it to change your world.

“Technology is no longer about system administrators and business analysts, and technology companies that continue to behave like yesterday's service providers will be gone in five years.”

Readify is in the midst of preparing for a public listing on the Australian Securities Exchange, which was originally planned for June. Strange said the float is now scheduled for May 2016.

Another Australian company planning to float on the ASX is communications provider Vonex, whose reverse-listing partner Aleator Energy recently entered a trading halt.

Australian technology companies that have successfully listed in the past few years include hosting outfit Bulletproof and distributor NewLease (now rebranded as Rhipe).

Readify has more than 180 staff spread across Melbourne, Sydney, Western Australia, Canberra and South Australia. The company picked up four awards at the Microsoft Australian Partner Conference in August, including Excellence in Customer Lifecycle Management, Excellence in Industry and Platform Innovation, and the Technology for Social Impact awards.

Grabbing the hybrid cloud opportunity with Lenovo and Azure Services
By Brendon Foye
Sep 22 2015
11:12AM