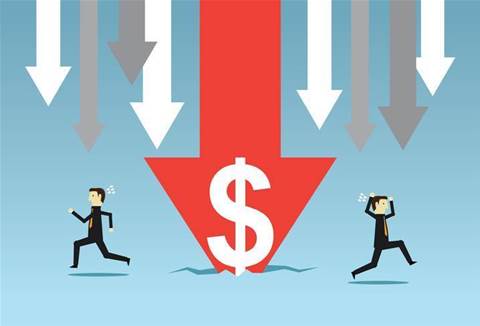 One of Australia’s most prominent technology recruitment, contracting and payroll companies, which boasts the Google, Commonwealth Bank, National Australia Bank and the federal government as major clients, has hit the financial ropes after months in an ASX trading halt.

Rubicor Group includes brands Xpand and Gaulter Russell Numero, and claims to place 10,000 candidates annually, on Tuesday told the market it was entering voluntary administration with FTI Consulting appointed as the corporate undertaker.

While the outstanding debts and major creditors of the company are not yet public, Rubicor’s last set of numbers in its 2018 annual report lodged with the ASX posted a $13.6 million net loss for the 2017 financial year on revenues of $190 million.

The company went into a trading halt on 1st March 2019 after it failed to lodge its half yearly accounts, then telling the market on the 12th that the “this is no reflection of business operations or performance or indeed any irregularities, rather we’re simply delayed.”

With its price in the toilet and shares suspended at just one cent, Rubicor’s market capitalisation now sits at a paltry $2.43 million.

The company’s financial woes are a headache for both staff – Rubicor states it has 165 employees – and the contractors on its books, who are potentially owed money and will likely have to queue up with other creditors.

Another question is what will happen to pay from clients meant for contractors now the company is under administration, with at least two unions known to be sniffing around contractor exposure.

Fresh warning signs around Rubicor started to emerge around February 2019 after some techs contracted into Telstra failed to have their superannuation paid on time, prompting the carrier to dump the contracting shop.

A major question both creditors and burned investors will be asking is how Rubicor’s board and executive team managed to crater a tech recruitment company during a time of high demand for technology staff.

Major strife appears to have started at Rubicor around four years ago with recruitment industry expert and coach Ross Clennett chronicling the company’s woes on his professional blog.

Clennett told iTnews many of Rubicor’s current woes came down to a combination of managerial and board hubris and incompetence.

One email obtained by Clennett and attributed to Rubicor sheets the missed superannuation payments to “significant unforeseen taxation payment required by the parent company of Rubicor Workforce".

“It was unforeseen that the entire amount outstanding needed to be paid at once particularly as there had been discussions regarding the possibility of making payment in installments,” the email attributed to a senior Rubicor executive says.

“Shareholders can only wonder about the extraordinary level of incompetence and delusion that it takes to drive a once healthy company off a cliff during the greatest bull market the local recruitment industry has ever seen,” Clennett observed in his blog.

There also appears to be slim chance of any buyout or corporate resuscitation after previous restructures and rationalisations failed.

Rubicor previously placed a number of its brands, Xpand Group, Locher and Associates and Challenge Recruitment into voluntary administration in July 2016.

That move followed a ‘100 Days action plan’ to carve out costs that also ultimately failed to deliver results.

Known as a 'roll-up,' Rubicor essentially functioned as a recruitment services aggregator that bought buoyant specialist brands and folded them into the main brand.

A key part of that cost cutting outlined was mean to come a new IT system that that slimmed five CRMs down to two, rolled “16 incompatible databases” into “six compatible databases and rationalised “multiple, convoluted payroll systems” into one “streamlined” system.

It is understood the administrators are currently assessing the company’s remaining assets and assembling a list of creditors.

If you've been impacted by Rubicor, as an employer or individual, feel free to let CRN know by mailing editors@crn.com.au.

Grow your software revenue by selling these 5 affordable, essential tools for the modern workplace
By Julian Bajkowski
Aug 7 2019
6:52AM