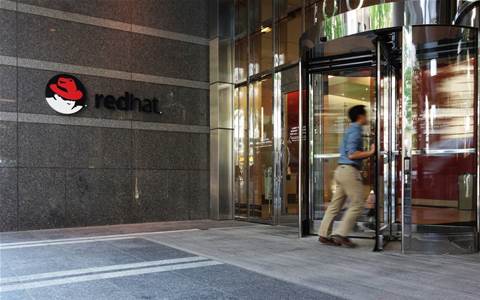 Red Hat and Amazon Web Services have partnered to offer a jointly managed and supported version of Red Hat OpenShift on the industry’s largest public cloud.

The joint offering natively integrates with more than 170 AWS services, and is the first that allows enterprises to provision, license and bill for OpenShift through AWS, Sathish Balakrishnan, Red Hat’s vice president for Hosted Platforms, told CRN.

“Because it’s such a broad market, we want to give OpenShift in multiple forms,” Balakrishnan said. Offering a diversity of consumption models is important in realizing the promise of Kubernetes to extend across all types of infrastructure and environments.

Many customers tell Red Hat they’ve standardized on OpenShift as their hybrid platform, and now want to run it in multiple clouds. But they want Red Hat to make it easier to support deployments across those providers, he said.

Previously, enterprises that wanted to run OpenShift on AWS could opt for Red Hat OpenShift Dedicated, a fully managed service from Red Hat available on AWS, as well as Google Cloud Platform. Or they could opt for OpenShift Container Platform, a version they could either self-install and self-manage, or implement through a systems integrator.

Amazon Red Hat OpenShift adds another option to that mix—one that doesn’t involve partners in the deployment phase of an engagement, but creates a different opportunity for the channel, Balakrishnan said.

“Partners have multiple roles to play in adoption of OpenShift,” Balakrishnan said.

While the two technology giants will handle standing up and managing the platform, he said, enterprises will turn to the channel to migrate workloads and refactor applications using containers and cloud-native architectures.

Balakrishnan, who has a consulting background with Accenture and Deloitte, said it’s those layers above infrastructure where partners see their healthiest profits.

And the joint offering will give partners without Kubernetes specialists and the resources to create container clusters a chance to play in that market by allowing them to focus exclusively on higher-order business priorities and applications, he said.

Amazon Red Hat OpenShift is a “complementary offering to the services GSIs provide in the world of Kubernetes and containers, where skills are scarce,” Balakrishnan told CRN.

With the new offering, enterprises for the first time will be able to provision OpenShift through the AWS console, apply existing AWS Enterprise Agreements, and be billed through a single AWS invoice. AWS and Red Hat will both provide technical support.

But the key value proposition for OpenShift—application portability and compatibility—remains the same, making it an easy switch from other OpenShift deployments on AWS or its rival clouds.

The partnership with Amazon demonstrates IBM is staying true to the pledge it made when it purchased Red Hat for US$34 billion of maintaining the open-source software leader’s neutrality.

“It’s a great validation of IBM keeping its word on independence,” Balakrishnan said.

Grow your software revenue by selling these 5 affordable, essential tools for the modern workplace
By Joseph Tsidulko
May 15 2020
6:56AM