Red Hat CEO: we have a ‘head start’ over VMware, competitors in Kubernetes 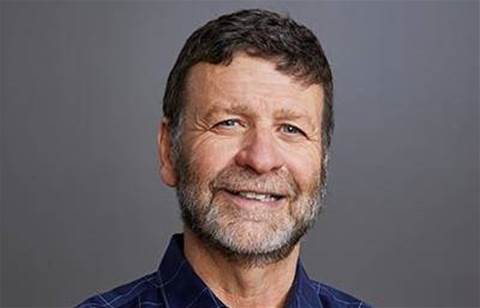 After 19 years at Red Hat, Paul Cormier, employee 120 and longtime product chief, ascended to the top job at the open-source software giant.

But plans for the traditional world tour taken by new CEOs looking to confab with customers and partners were clipped by a global pandemic—Cormier took the helm of Red Hat as he and most other employees were working from home and grounded from travel.

While the coronavirus crisis limited his ability to meet-and-greet and was replaced by virtual platforms, Cormier, who previously was responsible for roughly 60 percent of the company as president of products and technologies, already knew almost every facet of Red Hat’s business and had deep relationships with the ecosystem.

Cormier spoke to CRN USA last week about the role IBM has played in Red Hat’s product, go-to-market and channel strategies; how the company has preserved its independence under Big Blue; and why Red Hat will win in the ultra-competitive Kubernetes market.

How has IBM changed Red Hat?

From a product and technology perspective, I’d say from everything except go-to-market, it hasn’t really changed that much.

At Virtual Summit this year, we announced an expanded deal with Microsoft. The following week, we announced something with Amazon. I’m not even sure IBM was aware of what we were announcing with them.

Our whole value proposition is hybrid cloud, which means we give our customers—the application developer, the operations person, the security person—we give them the same environment across any footprint: on-premises, bare-metal, virtual machines, private cloud and any public cloud.

So we have to be able to work with all those public clouds and all those other partners. We’ve got thousands of ISVs certified to the platform, so that neutrality is really important to the business and, frankly IBM, when they bought us, it’s for that business. So we both understand.

How does Red Hat benefit from IBM?

The other side of the calculus was IBM could help us scale.

Linux in the enterprise, and all these other technologies around Linux really being the innovation engine of today, that’s the good news. The bad news is everybody is in that space now. So them taking us to many of the accounts that we may or may not have been in before is part of that scaling calculus.

So how to work that out, how our account teams work with their account teams is probably the one area that’s had some change and we’ve had to evolve that. But the rest of the company, there’s really not been any change at all.

How does IBM benefit from Red Hat?

There are some synergies on the products. IBM had their own Kubernetes container platform when they acquired us. They decided to discontinue that. They had their own open-source runtimes in the middleware space, we decided together that should just be Red Hat.

They were working on an open-source based multi-cluster container management product. It was all open source so that was good. We took that that into Red Hat. We moved about 200 engineers and the product to be a Red Hat product. It wasn’t just change the sticker on the box. It was literally moving to Red Hat.

So that was sort of IBM lining up their strategy, and things in this space—infrastructure, developer tools and processes, as well as management of this space, especially where it's open source. That’s going to be in Red Hat so that’s sort of it lining up.

We’ve probably been the most successful company in combining open-source development with taking products to market.

How does Red Hat maintain cloud neutrality under IBM?

We embed some of our products in many of our partners’ products, including IBM.

One of the tenets we have is: When we embed in an IBM product, even though we roll up financials to them, we charge that other product group for the product, we make a deal with them. We won’t give IBM any favorable deal, either in pricing or function or support or anything that we’re not doing with another partner. That’s part of that neutrality.

The other guys would never work with us if they were going to be at a disadvantage all that time. It just doesn’t make sense.

What’s the significance to Red Hat of IBM Cloud Paks?

Cloud Paks is an IBM product, it’s not a Red Hat product.

They had Cloud Paks before we showed up on the scene. They had their own Kubernetes platform embedded in their Cloud Paks. We replaced that with OpenShift. We charge them for that; they give us a certain price per unit for that. We don’t sell Cloud Paks. They sell Cloud Paks. It includes OpenShift.

But I could see the day probably where we could get to one Red product line. We’re on a journey here. Maybe we sell a Cloud Pak that includes OpenShift—who knows, down the road maybe we open up to a different partnership there.

What role does IBM play in Red Hat’s channel strategy?

We have a very robust channel program with market development funds and we’re expanding that all the time. I don’t think IBM really fits into the calculus there. They’re different programs. Channels and partners, it’s what made Red Hat, it’s what made the company. That continues with OpenShift and all of our products.

We absolutely want to expand the go-to-market channels. We have a lot of channels on the RHEL side. We’re always working toward more on the new product side. As OpenShift gets traction, we have channel partners with OpenShift today, we will expand that.

When we came out with OpenShift version 4, we put a lot of automation around installation, management, lifecycle support, all of that. We’re actually trying as of 4 to make it more channel-friendly as well. There’s a certain set of aspects that make a product channel-friendly. Like any new product, out of the gate it’s more complex, it’s harder to install, harder to manage, harder to upgrade. Hopefully we’re solving some of those things as we come out with new releases, and so we’re trying, trying to get more customer-friendly, but we’re also getting more channel-friendly as well.

Does IBM create a new channel opportunity for Red Hat?

IBM had a container platform and what they’ve standardized now is OpenShift. I think it’s a great opportunity now to work with their channel partners.

Having said that, they may be different. The partners we focus on have been in the infrastructure space. IBM really hasn’t had a horizontal infrastructure set of products. They have in terms of WebSphere and DB2, but I mean even below that, in the touching the hardware space. And that’s where we play.

We touch the hardware and the application. Where appropriate yes, but it’s a special set of channel partners we work with that have expertise in those areas as well. So I think we’ll take advantage of that where we can.

Is Red Hat a better Kubernetes play for the channel than VMware?

I’m not going to bash VMware. I can say, we’ve been in the Linux business for 23 years. The Kubernetes platform is a Linux platform. It’s RHEL [Red Hat Enterprise Linux] underneath. I think we give a really good valuing, cost of ownership, and we’re able to do that because much of our customer base are RHEL customers today. And its RHEL underneath.

Much of the investment we’re doing in RHEL we’re able to bring right over to the Kubernetes platform. All the security updates we do, all the lifecycle support we do on RHEL is a hundred percent applicable to the RHEL containers that make up the base of the OpenShfit platform. So there’s a lot of leverage there for both Red Hat and our partners.

We’re a much more mature product as well.

It’s hard to compare. Its apples and oranges. We’ve been in the Linux business for 20-plus years, in the enterprise Linux business since I started, for 19 years. All the innovation here, Kubernetes and containers and cloud technologies, it’s all built around Linux.

We have a very solid offering and capable products group to bring solutions in this space to our customers.

What distinguishes Red Hat in the Kubernetes market from Google and other competitors?

Google’s a great partner. But here’s the thing. Not Google specifically, a lot of the cloud providers, when cloud first hit ten or twelve years ago, the cloud providers said every application is going to the cloud tomorrow. We knew that wasn’t very practical. So 6, 7 years ago, we really settled on this hybrid approach. We felt that was the only practical way.

We built an entire portfolio on that. Over last 7 or 8 years, every product we’ve done, every M&A we’ve done is, how does it fit into that hybrid cloud architecture. That’s why IBM bought us, frankly. As customers try to deploy in the cloud, they recognize that. It brings a lot of power, but it’s also very complex and they’re all very different. They recognize that having five siloed stacks now is not very efficient for developers, for operators, for security people. So that’s what we bring to the table.

I think that’s one of the advantages we have. Google’s a great partner. We work with them every day. We want OpenShift to run great in their cloud and we work with them to make that happen.

Can public clouds compete with Red Hat in the hybrid market?

If the cloud guys are really going to do a true hybrid environment for their customers, they’re going to have to bring Linux to virtual machines, to on-premises, to bare metal, and have to bring it into other competitors’ clouds.

One of the reasons we at Red Hat never did our own public cloud was because we saw more value in tying together all the pieces for hybrid.

We look at OpenShift as our cloud platform, that’s how we treat it, we build services on top of that, and the difference is that can run anywhere. The cloud providers, I think they are going to have a long road to get on-premises. I’m not even sure they’ll want to. I think it‘ll be even more difficult to get a credible offering in their competitors’ cloud.

Cloud application revenue made easy
By Joseph Tsidulko
Jun 16 2020
6:42AM