Red Hat Summit: Linux is the foundation, OpenShift the future 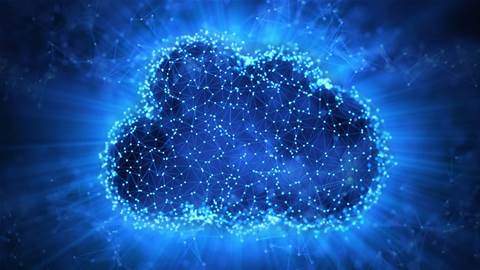 Red Hat leaders on Tuesday laid out a strategy for cloud dominance that relies on empowering enterprises with open, highly integrated infrastructure software enabling development and deployment of modern applications across all environments.

Building on the foundation of Red Hat Enterprise Linux, the industry’s leading operating system, the sees containers as the crucial technology extending its install base from on-premises to the public cloud and out to the edge of networks, said newly minted Red Hat CEO Paul Cormier.

But while Linux remains Red Hat’s great differentiator, the focus of innovation now falls on OpenShift, the platform implementing the Kubernetes container orchestrator to help customers span the hybrid and multi-cloud world.

More than 30 percent of Red Hat customers say their cloud strategy is hybrid, Cormier said, and they “should not have to worry or care about where the cloud is or frankly which cloud it is.”

“This is what open, hybrid cloud is,” Cormier added.

With the release of Red Hat OpenShift 4.4, based on Kubernetes 1.17, Red Hat is maturing the Kubernetes platform to support emerging uses cases like AI, machine learning and big data while freeing developers from having to think about infrastructure at all.

The latest OpenShift release brings some evolutionary advances—Advanced Cluster Management eases management of extensive Kubernetes footprints, and new policy-based management is helpful for dynamic environments that have to rapidly scale.

By tightly integrating the KubeVirt open source project, Red Hat has built a bridge between containers and virtualization, Hicks said. For the first time, VMs can be imported and run natively in Openshift side-by-side with Linux containers.

“Bringing virtualization forward into the infrastructure foundation of the future” reduces licensing costs while enabling new use cases for customers that need to maintain legacy systems, like telecoms preparing 5G deployments.

OpenShift, he said, positions Red Hat to lead the industry in hybrid cloud—the reason cited by IBM when executing its $34 billion acquisition.

Red Hat has focused on making its “portfolio available everywhere” for years—well before a deep embrace of container-tech, said Mike Farris, vice president for strategy, products and technologies.

That work started with RHEL, he said, and was driven by customers wanting to consistently manage workloads combining on-premises infrastructure and AWS, Google Cloud, Microsoft Azure and IBM cloud resources.

Hybrid cloud has evolved rapidly since, extending deployments from data centers to public clouds and out to the edge of networks, where diverse and mission-critical IoT use cases are proliferating, said Red Hat CTO Chris Wright.

A “critical part of the future” is to make it easier to operate and develop applications in that hybrid environment, Wright said.

Joe Fernandes, vice president and general manager for core cloud platforms, said, “every customer we’re working with is adopting pubic cloud.” But rather than stopping there, they “then tend to move to a multi-cloud strategy.”

While hybrid cloud and multi-cloud are not one in the same, “they’re normally used together,” said Mike Evans, Red Hat’s vice president for technical business development.

And one of the most interesting recent trends is cloud providers offering their services on other clouds, he said, such as Google’s Anthos able to run on AWS or Microsoft infrastructure.

“That phenomena shows there’s truly a need for people to service the multi-cloud demand,” Evans said.

The cloud providers see in OpenShift “a little bit of a unique beast” as a platform that joint customers can use to migrate applications or develop new ones, he said.

And now customers are putting more pressure on the hyper-scalers to offer jointly managed, supported and in some cases engineered solutions for running mission-critical OpenShift workloads in their clouds, Evans said.

As such, “I would expect you would see deeper partnerships coming … this year with the cloud providers, Evans said.

At the core of Red Hat’s ambitious cloud strategy is Kubernetes.

About five years since that technology was open sourced by Google, it has moved beyond

the infrastructure administrator and closer to the developer. A massive open source community is now developing a “third generation of customer use cases,” said Brian Gracely, senior director for product strategy, OpenShift.

Kubernetes has overcome most of the early learning curves and big technical challenges, he said.

The first generation of startups to deploy the technology consisted of “some brave, brave operations teams.” When Kubernetes was new, they had no support and had to rely on their own ability to master the technology.

But the current phase is about empowering people who don’t particularly care about Kubernetes to adopt the platform, Coleman said.

“We try to make it so Kubernetes is the easiest place to build and run applications,” Coleman said.

OpenShift prioritises relaxing the need for infrastructure expertise, allowing developers to code without thinking about concepts like compute environments or storage infrastructure.

As such, OpenShift “has to be rock-solid,” with clear guardrails, operators, and an ecosystem focused on “putting them on a path to success.”

“That’s going to be the real challenge over the next few years,” Coleman said.

Scott McCarty, Red Hat’s principle product manager for containers, said one common misconception about Kubernetes is that it’s hard to use.

“It’s the simplest way to solve a very complex business problem,” McCarty said, which is “to pivot to a cloud native way of operating.”

In the end, those efforts all come back to where it began for Red Hat.

“The whole OpenShift experience for us is a different way to deploy Linux,” said Stephanie Chiras, vice president and general manager for RHEL.

And “OpenShift is putting a good amount of pressure on our roadmap,” he added.