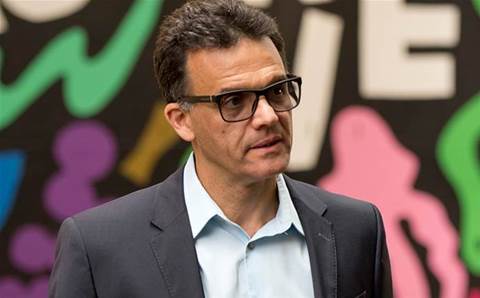 Australian resellers face a dilemma amid growing customer demand for cloud-hosted services – invest in building their own service provider platforms, or migrate customers to hyperscalers such as Amazon Web Services and Microsoft Azure.

Five Australian resellers have chosen another option – to partner with a white-label cloud provider and avoid the significant capital expenditure in IT hardware, while still retaining a level of customer ownership not possible with AWS or Azure.

The latest companies to board CenturyLink's Avnet-powered cloud service are Sydney's AstronTech, Olympus Technology Services and Regal IT, Brisbane's Oper8 and Melbourne's DigiCor.

The Louisiana-headquartered carrier, which operates more than 50 data centres globally, is the third largest telecommunications company in the US, and competes with the likes of AT&T and Verizon. It is hosted by NextDC in Australia.

For Mark Gluckman, managing director of Regal IT, the direct relationship with the cloud provider was important. "We are not just another number like we are with AWS and Azure."

Regal IT started working with CenturyLink in the past few months to build its Citrix desktop-as-a-service offering, which is "all about high-performance computing", Gluckman told CRN. "We are working with their technical team to develop that Citrix-hosted managed service."

He said the ability to own the customer contract was also key, as was the billing engine.

"Amazon and Azure are there for everyone to use and we are using them as well. But the value for us of Centurylink, first of all, is it's powered by Avnet. The whole billing platform behind them is there. I can buy AWS and Azure on that billing platform. That was a huge part of the decision."

The Avnet Cloud Toolset (ACT) billing engine is powered by Orbitera, which was acquired by Google in August.

Nick Lovell, sales director of Oper8, told CRN: "We wanted no part in running compute. There are people who do that far better than we do and we believe that we have partnered with the right people."

Lovell explained why the company chose CenturyLink. "A cloud that is built for business is a rare thing. We have seen a lot of organisations make very bad decisions by rushing off to AWS just since they can, and cutting out the intelligence piece – 'Is this right for my businesses?'

CenturyLink's regional director, Stuart Mills, said: "Our ideal partners are managed services providers and system integrators who support the business and corporate market, that recognise that they don’t necessarily have the resources to offer an enterprise-class cloud service on their own, and that want a partner that won’t compete with them in the market.

"As the only partner-focused, global-scale VMware public cloud in Australia, CenturyLink is their ideal cloud technology vendor," Mills added.

CenturyLink announced its first Australian partners in May, a month after inking a deal with Avnet. The first wave included Somerville Group, Blue Central, CertaOne, Offis and Pro IT.

Chris Farrow, business manager, cloud services at Avnet Technology Solutions, Australia and New Zealand, said: “Avnet is working together with CenturyLink to provide their offering as a white label solution through the channel.