Relive your Windows 95 glory days with this free app 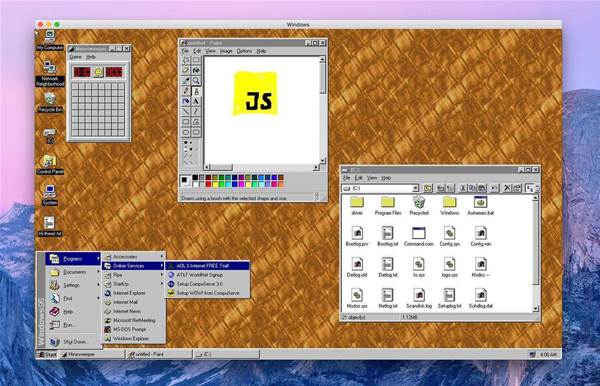 A US-based software developer has released a standalone version of Windows 95 as an app that can run in Windows 10, MacOS and Linux.

Built on the Electron cross-platform framework and written in JavaScript, Felix Rieseberg’s Windows95 v2.0 is a blast from the past for anyone feeling overwhelmed by the constant software upgrade cycle.

As its name suggests, the app is Rieseberg’s second version of the program that he first released in August last year.

"I'm still surprised by the sheer number of people who find a minute of joy by time-travelling back to the 90ies," the developer told CRN.

"In fact, it was a joke I made in the office, and as soon as the words left my mouth, I wondered if it could actually be done. I went home that night wondering how far I'd get and was surprised to see that I had a running version within a few hours."

Version 2.0, released at the beginning of February, now features support for sound and 500MB of free space in a virtual disk. The app also comes bundled with software including Microsoft Frontpage, Netscape 2.0 and even includes gaming classics Doom and Wolfenstein 3D.

Rieseberg, who works as a software developer for workplace chat vendor Slack, said he planned to make casual tweaks and updates to the project over time without sinking too many hours into what is essentially a fun side-project.

"Anyone who needs to run Windows 95 for real purposes will always be better off with real virtualization software, but if you just want time-travel during your lunch break, it'll be the easiest way to fire up good ol' Minesweeper or Paint," he said.

The app is available from GitHub.

Other notable apps built on the Electron framework include Skype, Slack, Tusk and Mailspring.