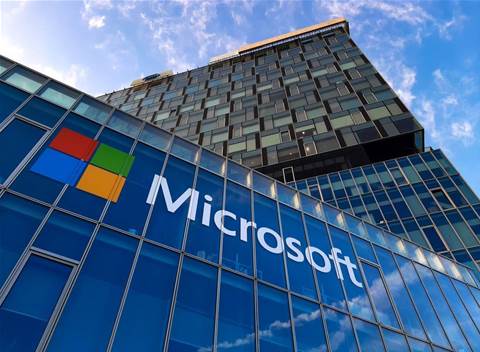 When Microsoft Corp reports earnings on Wednesday, analysts expect some areas of its business to take a hit from the novel coronavirus pandemic, with lower-than-expected sales in areas like advertising on its LinkedIn social network.

But analysts also expect a surge in the use of Microsoft's cloud computing services and collaboration tools such as the Teams app "as more companies are effectively forced into the cloud" by stay-home orders, as Macquarie Capital analysts Sarah Hindlian-Bowler and Calvin Patel wrote in a research note. Analysts expect those upticks to offset some of declines and position Microsoft as well or better than its peers as the full economic impact of the pandemic becomes clearer.

Analysts expect Microsoft, based in Redmond, Washington, to report US$33.63 billion in revenue and earnings of US$1.27 per share for its fiscal third quarter, up from US$30.5 billion and US$1.14 per share the year before, according to IBES data from Refinitiv as of April 27. The biggest drivers will remain Microsoft's Azure cloud computing platform, which competes with Amazon.com's Amazon Web Services, and its online software for businesses.

"I don't think that narrative will take a long-term hit," Alex Zukin, managing director for software equity research at RBC Capital Markets, said in an interview. "You're seeing investors more than willing to give a pass to short-term pockets of weakness around certain businesses."

The Teams app, in particular, has benefited from stay-home orders in many countries, hitting 44 million users last month. While much of the surge was related to the novel coronavirus and could fade as workers return to offices, Macquarie's Hindlian-Bowler and Patel expect Teams adoption to be permanently higher than it would have been.

In other segments, analysts expect revenues to be weaker than previously anticipated, including the paid use of LinkedIn by job recruiters, software tools designed for computer servers that sit in a company's own data centers and even sales of Windows for personal computers, which were interrupted as factories in China shut down during the first three months of the calendar year.

Some of those revenue streams could spring back. After hitting supply shortages, for example, laptop orders have rebounded as companies and consumers bought machines to work from home, an impact that could show in Microsoft's fourth-quarter earnings report.

Sales in other units more reliant on large one-time deals like on-premises server software could be depressed for months as businesses put non-essential spending on the back burner. But much of Microsoft's revenue has shifted to subscription or consumption-based billing, which should soften the effect.

"The revenue stream for Microsoft is extremely sticky," Zukin said.

Grow your software revenue by selling these 5 affordable, essential tools for the modern workplace
By Stephen Nellis
Apr 29 2020
6:47AM