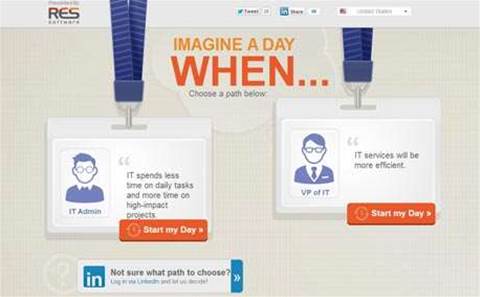 RES Software has jumped onto the app store bandwagon and is offering IT departments the ability to create their own app stores for delivering apps and other services.

The new service is called the RES IT Store and automates a number of processes for IT departments such as software installation, deploying new computers and on-boarding new employees.

The app store can subscribe users to IT services based on rules such as their roles, departments, geographic locations and more.

It also works with online services like Saleforce and Office 365 so that users can request access to those services and have access granted quickly. Integration with helpdesk systems such BMC Remedy and AirWatch are coming during Q2 2014.