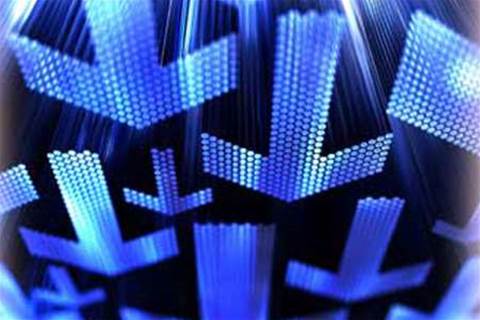 Researchers from the University College London (UCL) have discovered the fastest ever data rate in digital information, suggesting one day a movie could be downloaded within one second.

The researchers from UCL’s Optical Networks Group had achieved a rate of 1.125 Tb/s as part of research on the capacity limits of optical transmission systems. The research was designed to address the growing demand for fast data rates.

UCL’s electronic and electrical engineering lead researcher, Dr Robert Maher, said: “While current state-of-the-art commercial optical transmission systems are capable of receiving single channel data rates of up to 100 gigabits per second (Gb/s), we are working with sophisticated equipment in our lab to design the next generation core networking and communications systems that can handle data signals at rates in excess of 1 terabit per second (Tb/s).

"For comparison, this is almost 50,000 times greater than the average speed of a UK broadband connection of 24 megabits per second (Mb/s), which is the current speed defining 'superfast' broadband. To give an example, the data rate we have achieved would allow the entire HD Games of Thrones series to be downloaded within one second," he added.

The study, published by Scientific Reports, used techniques from information theory and digital signal processing to custom build an optical communications system with multiple transmitting channels and a single receiver.

As part of the UNLOC (unlocking the capacity of optical communications) program, funded by the engineering and physical sciences research council, the project will investigate ways to improve the optical network infrastructure to support the explosion of digital content, cloud and e-health services and the ubiquitous connectivity of smart devices referred to as the Internet of Things (IoT).

UCL’s principal investigator of the UNLOC program, Professor Polina Bayvel, said: "This result is a milestone as it shows that terabit per second optical communications systems are possible in the quest to reach ever higher transmission capacities in optical fibres that carry the vast majority of all data generated or received. A high-capacity digital communications infrastructure underpins the internet and is essential to all aspects of the digital economy and everyday lives."