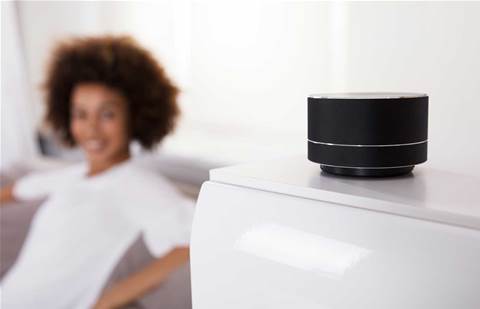 Researchers have discovered two new vulnerabilities in voice-powered assistants, like Amazon Alexa or Google Assistant, that can allow attackers to steal sensitive information.

In the first security analysis of the VPA ecosystem, researchers from Indiana University, the Chinese Academy of Science, and the University of Virginia demonstrated how VPAs could be tricked by simple homophones, words that sound the same but have different meanings.

The white paper outlined an example of 'voice squatting' - in which the voice assistant could mistake a command such as "Alexa, open Capital One" with that invoking "Capital Won" should an attacker create a malicious app with a similarly-sounding name.

Featured in a blogpost on Malwarebytes Labs, a company offering antivirus software, 'voice squatting' is described as a method which exploits the way a skill or action is invoked.

Indeed, the researchers demonstrated this in a real-world example by registering five new skills with Amazon designed to emulate the widely-popular Sleep and Relaxation Sounds. These fake skills, which passed Amazon's vetting process, used similar invocation names and were found to have been invoked by a high proportion of users.

'Voice masquerading' meanwhile is a method which involves a malicious skill impersonating a legitimate skill to either trick a user into reading out personal information or account credentials or to listen in on conversations.

The two methods identified were 'in-communication skill switch', which takes advantage of the false assumption that smart assistants readily switch from one skill to another once users invoke a new one, and 'faking termination', in which a malicious app can exploit some skills' ability to self-terminate upon registering a command such as "goodbye" by remaining active and running in the background.

"With the importance of the findings reported by the study, we only made a first step towards fully understanding the security risks of VPA IoT systems and effectively mitigating such risks," the research concluded, adding: "Further research is needed to better protect the voice channel, authenticating the parties involved without undermining the usability of the VPA systems."

"Smart assistants and IoT, in general, are still fairly new tech, so we expect improvements in the AI, and the security and privacy efforts within this sector," Malwarebytes wrote in its blog. "Both Amazon and Google have claimed they already have protections against voice squatting and voice masquerading.

"While it is true that the researchers had already met with both firms to help them understand these threats further and offer them mitigating steps, they remain sceptical about whether the protections put in place are indeed adequate."

As voice-powered assistants are increasingly deployed, flaws have increasingly been featured in reports - with perhaps the most high-profile incident this year involving Alexa randomly laughing without prompt.