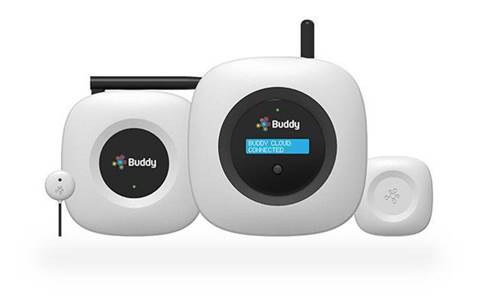 Negotiations between Telstra and internet-of-things startup Buddy have shut down after they failed to reach a reseller agreement following several months of talks.

The company announced its reseller deal with Telstra on 3 November, telling shareholders it was "currently finalising negotiations" with Australia's largest telco, as well as M2M Connectivity, a distributor and major Telstra supplier.

The intent was to make Telstra "the primary distribution channel for Buddy Ohm across Australia".

Today, Buddy revealed talks had broken down, and informed investors that the Telstra deal would not proceed.

Buddy's shares were put into a trading halt yesterday, and began to fall as soon as trading recommenced following today's announcement.

The initial news of the Telstra deal in early November drove Buddy's share price soaring, up more than 50 percent in a matter of days from 26c on 2 November to peak at 40c by 9 November.

Buddy's share price has progressively declined since then. Shares were trading at 15c at yesterday's close, and immediately fell this afternoon, down 17 percent to 12c at time of writing. 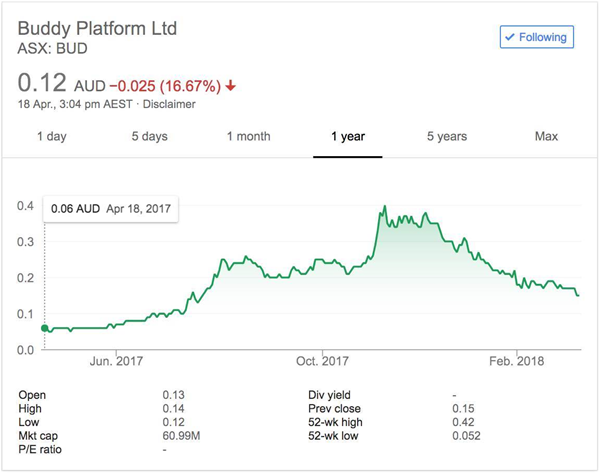 The startup sought to temper the bad news by highlighting its distribution arrangement with Dicker Data, which was first revealed on 21 November. Sales through Dicker have now commenced.

A Telstra spokesperson told CRN: "As a standard process, Telstra is continuously assessing IoT partners as the ecosystem and market matures and we wish Buddy all the best as they grow their business."

A Buddy spokesperson told CRN that the company remained "optimistic about the market opportunity in Australia, despite not having been able to reach an agreement with Telstra".

"There remains huge potential for Buddy Ohm to partner with IoT product providers, including telcos, in Australia and globally noting that the Company is establishing a strong global footprint with Ingram Micro and Digicel now selling across North America, Latin America, and Europe," the spokesperson said.

Tech startups have had a rough year on the Australian Securities Exchange. One-time darling of the ASX, GetSwift, is now facing three separate lawsuits after its share price collapsed following scrutiny over deals GetSwift had announced with FruitBox, Fantastic Furniture and the Commonwealth Bank.

The ASX in March released a compliance update warning of "a number of incidents where the disclosures by listed entities about their contractual arrangements with customers have fallen short of the required standards".

Kevin Lewis, chief compliance officer, Australian Securities Exchange, told the Australian Financial Review: "It's a repeat of behaviour we see from time to time at the very small end of the market. It's not out of the ordinary, but I wouldn't say it's prevalent either."