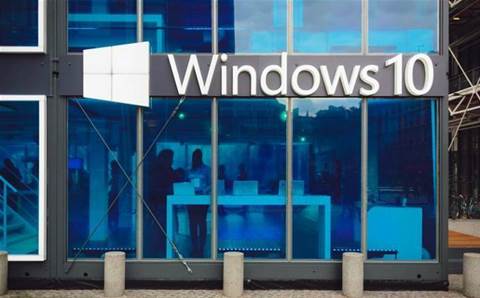 The author of a petition criticising Microsoft’s decision to cut licensing benefits for partners has spoken out about his frustrations with the software giant, but chosen to remain anonymous as he or she fears retribution by the software giant.

Microsoft updated the inconspicuous page on which it describes internal use software licences in early July. The update announced that Microsoft will retire the internal use rights (IUR) association with product licenses included with competencies and the Microsoft Action Pack beginning 1 July 2020.

This means that partners using Microsoft's software to run their own businesses will have to buy additional licenses. Product license use rights will be updated for use cases like demonstrations, solution/services development purposes and internal training.

Microsoft will also include product licenses with competencies that are specific only to the relevant competency attained from 1 October this year.

We’re a Microsoft shop and I don’t want to damage our reputation - The reseller behind the change.org petition

Other licensing changes includes retiring on-premises product support incidents included with Silver and Gold competencies and the Microsoft Action Pack, which comes into effect next time partners renew their existing competency or subscription.

The changes were met with immediate opposition from partners, leading to one Microsoft partner starting a Change.org petition to raise awareness within the channel.

The author of the petition, who asked to be be identified only as "George", said the reason for remaining anonymous was out of fear of retaliation by Microsoft.

“Part of the issue is whenever you have a David and Goliath battle, it’s about the numbers. We’re a Microsoft shop and I don’t want to damage our reputation,” George told CRN.

The petition was published on Sunday July 7th and at the time of writing on July 8th was close to its goal of 1000 signatories.

George said he didn’t want to make the petition about a singular person or partner, and that partners he has spoken to are ticked off, to say the least. George estimates that the licensing change will cost his business an extra $1500 per month.

“Microsoft’s goal, I think eventually, is to do what Dell did and that’s cut out the middleman. They want to sell hardware director to the customers, we’ve seen it with Microsoft stores and selling Office 365 to customers. They have zero time for partners.”

In response, a Microsoft spokesperson said that transformation enabled by cloud computing had “wide-ranging impacts, including how we work with partners.”

“To help partners capitalise on the opportunities possible with cloud, we are refocusing our partner business investments and programs. We outlined our approach to these investments in our recent blog post, Investing in partner success and growth.”