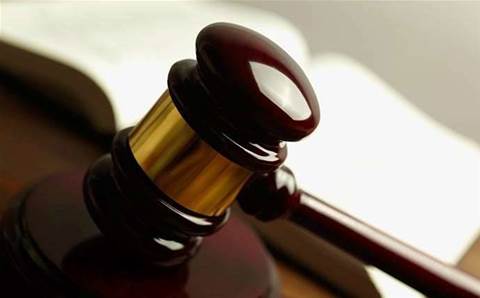 A Darwin-based computer reseller has been fined more than half a million dollars for what a federal court judge called "deliberate, deceptive and systematic" abuse of workers employed under the 457 skilled visa scheme.

Hallmark Computers, and its owner Ashok Alexander, were ordered to pay the hefty fine earlier this week, partly as a deterrent to other business operators thinking of abusing the 457 sponsored immigration program.

Judge Robert Buchanan delivered a fine at the top end of the sentencing threshold to ensure the risk of being caught breaking 457 rules is "not seen by those who commit civil penalty offences as an acceptable cost of doing business".

The court found Alexander and his company coerced and intimidated four 457 visa workers from India and the Philippines into handing back a significant slice of their pay packet every fortnight in cash under threat of dismissal and deportation.

The under-the-table cash returns meant Hallmark appeared to the Immigration department to be making legitimate wage payments every two weeks.

The returns pushed the annual salary of the workers below the minimum threshold for 457 visa holders.

The court also said Ashok demanded the employees work overtime without pay, and failed to pay them proper penalty rates over a period of 15 months. It said the executive additionally threatened to charge them late penalties if they failed to give back their wages on time.

When one of the workers refused to hand back his money, he was terminated from the company. That dismissal has since settled in a separate case before the Fair Work Commission.

Judge Buchanan criticised the "deceptive and overbearing system" used by Alexander to drive down the wages, as well as his efforts to hide the scheme.

Alongside the $516,000 fine, Hallmark and Alexander will also be required to pay back the three 457 visa workers still employed at the company a combined $66,000, and the Commonwealth another $17,500 in taxes.

The company has been banned from sponsoring any more 457 workers for a period of five years.

Handing down his judgment, Buchanan said the breaches were "of the most serious kind".

"Those abuses involved a cynical misuse and exploitation of the superior position of Hallmark Computer," he said.

Alexander claimed to iTnews that he had reached an agreement with the workers to pay them $45,000 per annum - under the 457 threshold but in line with the salaries earned by organisation’s local staff, he said.

Alexander described the fines as "excessive and high handed" and said he had been penalised twice-over through fines levied at him personally and at the company he wholly owns and operates.

"It’s like driving a company car and you personally you and company get separate fines for the same offence," he said.

He said Hallmark Computers had been forced to reduce staff numbers and was "looking at our options".