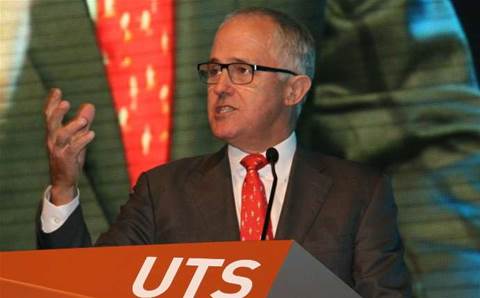 The 215 votes on our snap readers poll show 72 percent of people said Turnbull's appointment make them more confident, versus 11 percent who said it made them less confident, and 17 percent who expected no difference.

Turnbull has long been at the forefront of introducing technology to Australia, though his approach under the government has faced its critics.

He was appointed head of the Department of Communication in 2013 and introduced the Liberal government’s alternative National Broadband Network based on fibre to the node, a slower alternative to Labor's fibre to the premises model that was meant to be cheaper but is expected to blow out by as much as $15 billion.

Alongside the fundamental reshaping of the NBN, Turnbull's tenure in the Communications portfolio has been categorised by the introduction of unpopular telecommunications and internet reforms as well as a push for digital government, reported iTnews.

Turnbull also launched his pet project in January, the digital transformation office, with the goal of overhauling the government’s customer-facing digital service delivery.

Prior to politics, Turnbull was an early investor in the nineties internet boom. He bought a stake in ISP OzEmail in 1994, which went on to become the first Australian tech company to list on the NASDAQ in 1996.

What does the channel think?

CRN spoke to Australian government IT suppliers to gauge their thoughts on the tech-savvy minister moving into the top job.

Richard Green, chief executive of Catapult BI, suggested Turnbull would be actively looking to support the IT industry during his tenure.

“Malcolm has worked with emerging technologies before,” said Green, whose company is managing the Department of Health's enterprise data warehouse as part of Datacom's $242 million win with the Federal agency.

“He brought a lot of them to this country, and he knows their commercial implications. Having someone like that at the top level of management means that the implementation of those technologies is going to be understood and the benefits will be understood.

“I would suspect he appreciates and has the potential to add to the economy, and he would see it as an opportunity to support the IT industry. We all crave stability and for everybody to look at growth without distraction," added Green.

“It’s a very positive step to have someone of Malcolm’s calibre being so savvy with technology,” said Thompson. “I see it as a positive not only for business, but for the country. We can only dig into the ground for so long and we have to become a technology savvy country very quickly," added Thompson, whose company is a major Federal supplier and was this year one of the first providers named to the government's Data Centre as a Service panel.

“We know his background and he uses technology to interface with people. When we saw his speech last night, he said we need to become a smart country, and that’s going to be by integrating technology. Hopefully this is going to lead into things like education."

Stuart Kilduff, managing director of Canberra-based Oobe, said: “We need leaders who understand technology and how to use that technology for the benefit of Australia. I believe Malcolm Turnbull has a natural understanding of the digital opportunities that exist now and has a good eye on emerging opportunities.”

But not all resellers waxed lyrical. MIT Services general manager Brendon Major was concerned that yet another change of leader – Turnbull is the fifth Prime Minister in five years – would damage spending confidence.

“What’s going to happen is it will make public services nervous and stop spending,” said Major. “You look at things like pay and they’re not sure whether they’re budget will be cut or not. When Labor did it, the entire industry struggled.

“It’s not going to make much difference, after IT has already been made a low priority.”

“Mr Turnbull has outlined his goal to create a futureproofed nation, one that is fit to drive higher economic growth and improved standards of living,” said Campbell in a statement.

“As the former minister for communications, Mr Turnbull understands that in order to achieve this goal and be competitive in a hyper-connected global market, we need to ride the wave of technology led disruption or risk being left behind by our international peers.”

“Building digital skills is critical if Australia is to secure its economic future, and Malcolm Turnbull has strong credentials in the technology space,” said Johnson.