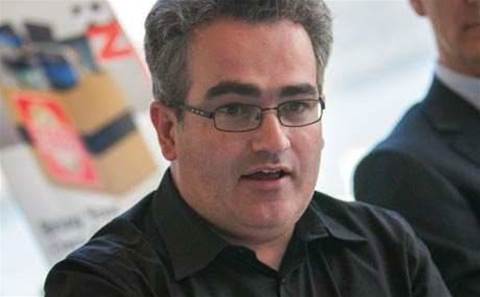 Microsoft has announced "new licence types" for cloud productivity suite Office 365 under which SMB resellers could sell the service directly.

It will roll out the new arrangements next year.

"I am pleased to announce that in 2014 we will bring new options including license types to market that will enable our commercial customers to purchase Office 365 in the way that best suits their needs," a Microsoft spokesperson said in a blog on Friday.

"For the first time in Australia, Microsoft partners will also have the ability to bundle Office 365 with their existing services, ensuring customers see the service as part of their total bill from the partner," said the post, uploaded on behalf of Steven Miller, business group lead for Microsoft's Office division.

The blog post was forwarded as an email to all Microsoft partners this morning.

It would mark a major shift from Microsoft's current partnership with Telstra for Office 365.

Australia was the only country where Microsoft had awarded a telecommunications carrier exclusive rights to sell Office 365 to small and medium businesses (larger companies with Microsoft Enterprise Agreements could buy directly from Microsoft).

Resellers had complained the arrangement with Telstra undermined their relationship with customers.

"Finally after years of waiting we are able to deliver Office 365 the way the rest of the world does," said Nick Beaugeard, CTO of Office 365 reseller HubOne.

Telstra's exclusivity meant that resellers couldn't give their customers a single bill for IT services and "has been a barrier to sales", Beaugeard told CRN.

Robert Crane, director of CIA Ops, another Office 365 reseller, said: "It is a unique situation and that does cause confusion in our market." He added that the arrangement needed to be reviewed with partners to find out the best options for the Australian market.

"A combination of both is probably the best way forward. Telstra does bring a number of benefits to the party that many people aren't aware of," Crane said.

In a blog post, Loryan Strant, managing director of Office 365 reseller Paradyne, wrote: "While Paradyne has a great relationship with Telstra, we do sometimes find that syndication can get in the way – as the back-end commerce platform is not the same as when purchasing directly from Microsoft.

"This means that customers cannot have their Office 365 from Telstra and their Windows Intune or Dynamics CRM Online utilising the same tenant namespace as the latter two are not available from Telstra."

Strant added: "Ultimately the availability of Office 365 Open in Australia gives both partners and customers more choice, and this is a very good thing."

The new licence types would be available in the first half of calendar year 2014, with pricing announced closer to general availability, the blog said. More details would be revealed at the upcoming Microsoft partner summit held in five capital cities this month.

Microsoft was contacted for comment but hadn't yet responded.

According to the vendor, Office 365 has become a US$1.5 billion business and was the fastest-growing commercial product in Microsoft's history.