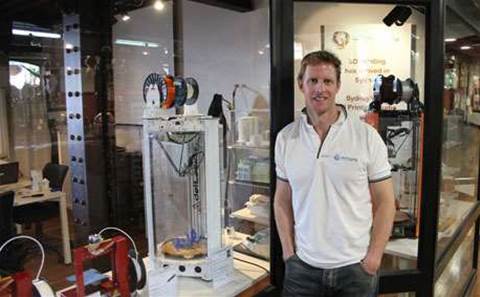 With the technology costing thousands of dollars in some cases, expensive equipment, and much of the public unfamiliar with the technology, some might regard opening a 3D printing store as a brave move.

But the co-founder of Australia's first 3D printing store hopes there is enough demand for the emerging technology to support a franchise network.

The company is now looking for franchise partners, with co-founder Stuart Grover hoping there will eventually be 30 stores in Australia in the next two years.

"The plan is for 30 inside the next two years," Grover told CRN. "I want to get it out to large centres, like Melbourne, Brisbane, Adelaide, Darwin, then also places like Newcastle and Wollongong as well."

"The reason being, you need to get it out to people so they see it and hold it, then they know what they want to make with it and do with it." 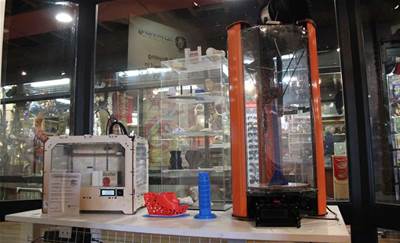 While the technology is still developing, Grover says demand is growing.  "It is a very, very nascent market, a very small market, and growing exponentially," Grover said.

"Depending on who you believe it grows at 28 percent a year. Certainly with our business we've seen it grow at 100 percent year-on-year," he said.

Along with a co-founder, last year the ex-EDS enterprise architect opened his first Sydney 3D Printing Studios store, which he said was the first dedicated 3D printing store in Australia.

The 3D printers on sale in the store range in price from several hundred dollars up to approximately $5,000, while some printers used to provide in-house printing service cost in excess of $100,000. The store also hosts training sessions and offers an end-to-end 3D printing service, where customers can visit, discuss a design and have an object scanned and printed.

"Most customers come to us and they have really no idea about 3D printing. They've got this idea in their head or a bit of paper and they want to print it. But they have no idea how to print it. We help them through that process," Grover said. 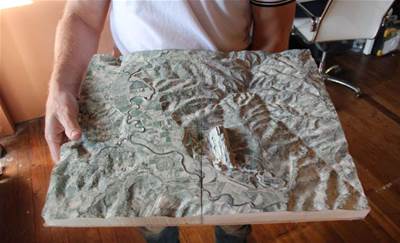 "Initially it was really to test the waters to see if there was a market there for retail. I knew there were lots of people out there who wanted to get their hands dirty with it. I'd trained a couple of hundred people up to that point.

But I didn't know if there was a retail market for selling machines and for people to walk in and get their models made. It was a bit of a gamble from that point of view I guess."

The company is't the only one to test the waters for 3D printing in the Australian retail market. Some Leading Edge Computers stores recently started offering Makerbot 3D printers, while Officeworks already offers the $1,299 Cube 3D printer. 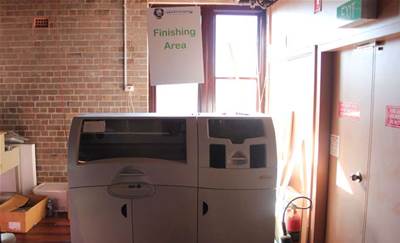 Overseas, the technology has attracted some interest, with Makerbot acquired last year and 3D printing on demand provider Shapeways raising US$30 million in funding.

The Shapeways site lets customers upload and order designs to be printed, without needing to own a 3D printer. Grover said he hoped to offer a similar service in the Parramatta store.

While he says a good printer costs up to $5,000, he predicts this will change as the price of current technology falls and also as patents expire for other forms of 3D printing technology. "They'll all hover around a similar price - $4,000 to $5,000 - then they'll start coming down."