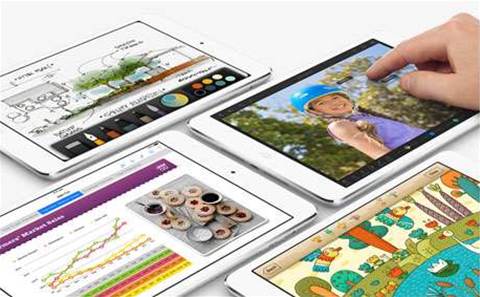 Apple has started selling the iPad mini with Retina display, but the company has suggested stock may be low.

The updated iPad mini was announced last month, and comes with a high-resolution Retina display as well as the new A7 processor and iOS 7, the latest version of Apple's mobile operating system.

Apple didn't originally give a date for availability, and analysts had predicted that it could face shortages, amid reports the company had failed to source enough displays and other key components.

Phil Schiller, Apple's head of marketing, appeared to acknowledge the potential shortages, saying "we're working hard to get as many as we can in the hands of customers".

At the time of writing, stock was shipping from Apple's online store, with fulfilment times of one to three days, but the new iPad mini is not yet available in high street outlets. Customers who order their iPad Mini with Retina online can pick it up from stores, but it is not yet available to those who walk in without placing an online order, an spokesperson confirmed to CRN.

The iPad mini with Retina starts at $479 for the Wi-Fi only 16GB version.