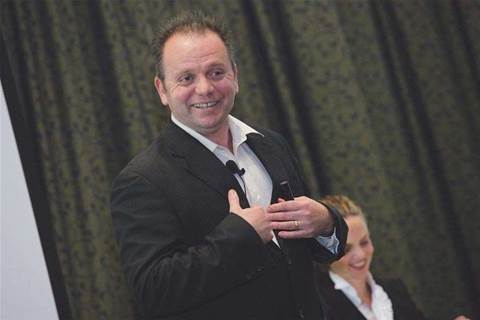 Tony Gattari returns to the channel after 12 years.

Industry veteran Tony Gattari has reappeared in the channel, having accepted a senior executive position with online technology business eStore.com.au.

As director of corporate development and strategy, Gattari will be responsible for vendor relations and developing strategies to increase the company’s competitiveness in an increasingly crowded market.

One of his first steps will be to increase customer engagement on the site through value-added services including call centre support.

Call centres are uncommon among Australian e-tailers, but have become an increasingly important competitive differentiator in the US, spawning a new term ‘hybrid-online’.

The site would also seek to build trust by keeping customers informed and maintaining high levels of transparency.

“We have to ensure customers see this is a reputable, profitable company,” Gattari said, adding that in order to build credibility online, “we must create an environment with infinite amounts of information”.

The company’s most recent full year sales were $46 million, a figure Gattari hoped to grow to about $100 million within the next two years.

The consumer division of Melbourne-based parent company City Software, eStore sells about 15,000 different products across the whole gamut of technology from notebooks to PCs, printers and networking peripherals, with that number expected to increase rapidly over the coming months.

Gattari, who almost single-handedly turned technology from a sideline for Harvey Norman into a $500 million business, said that he had learned a lot from his success and his failures since leaving the retail giant in 1999.

In 2000, he launched an ambitious dot-com business in smartbuy.com.au, which went the way of many of its contemporaries.

"I learned that you can't create markets," he said. "Rather, you serve then."

Asked why he decided to re-enter the channel through a web-based company rather than an established bricks-and-mortar business, Gattari said the same reason a bank robber robs banks.

“That’s where the money is.”