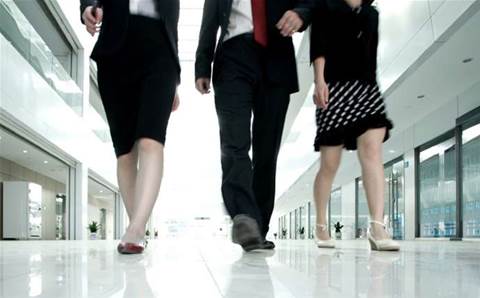 A six-year-old Australian IT consultancy has emerged as a key player in a $90 million, five-year technology overhaul for Australian industry super fund bank ME.

The project saw a “total rebuild” of the bank’s technology systems, involving more than 700 people and the building and integration of seven new software systems and migration of 320,000 customers.

While the project involved numerous international vendors and integrators from the top end of the IT industry, including Software AG and TCS, among was a relatively smaller Australian firm, Adelaide-based Fragile to Agile, which was involved from the beginning and responsible for designing the transformation project.

The supplier has close ties with its much larger client – Fragile to Agile was formed in 2009 after Glenn Smyth made the leap from his role as chief architect at Adelaide Bank, where he worked under chief executive Jamie McPhee, now chief executive officer at ME.

The team at Fragile to Agile was responsible for designing the enterprise architecture and solution architecture for each of ME Bank's 13 individual projects, as well as helping select all the products.

The firm worked on the “the interfaces, the solution architecture, the configuration, all the high-level design”, as well as providing governance, Fragile to Agile's Smyth told CRN.

“We did an assessment and determined that most of it had to go, and we designed the four-year transformation project, and 13 projects that were going to replace pretty much all the technology at the bank,” Smyth said.

ME’s McPhee said: “When we planned transformation we had the option to renovate the house or build a new one. While more challenging, we chose the latter.”

The work means ME can keep a single record for each customer for the first time. The time it takes to get conditional approval on a home loan has reduced from three days to three minutes, said McPhee.

Data analysis detects when customers have had a change in circumstances, which can be used to cross-sell super to customers that aren't with an industry fund. The bank described big data as a “new battleground” between bank-owned super funds and industry super funds.