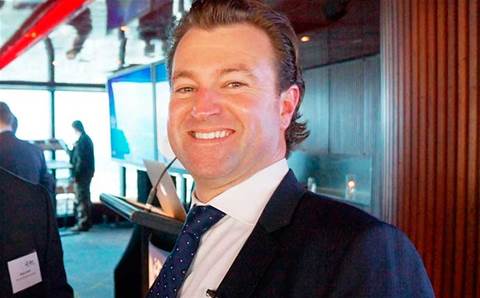 Thomas remains as head of TD, which placed in the 2009 and 2010 CRN Fast50 awards. He now becomes the executive chairman at AtlasPlato – a month-old Sydney firm "focused on developing data-driven organisations", according to LinkedIn.

CRN contacted Thomas but he declined to comment on the start-up as "we're not doing media just yet". Thomas is the sole owner of the new business, according to ASIC.

Former O2 Networks and UXC staffer Michael Doria is listed as a sales executive at AtlasPlato, which has secured a presence in Millers Point, on Sydney harbour.

The company page stated that it takes customers though "rapid cultural transformation and dynamic data-driven insights into new markets for sustained competitive advantage".

AtlasPlato previously listed AWS, Microsoft, EMC, Pivotal, Birst, Domo, and SumoLogic as vendors, but as of 10 June the supplier logos had been removed from LinkedIn.

"Affectionately known as Plato’s Framework, our people follow a born-in-the-cloud portfolio of methodologies for problem analysis, strategy development and insights execution," stated the nascent company. "You will find us politely irreverent to traditional approaches - and unapologetic in our pursuit for immediate results."

"The landscape is changing with businesses more connected than ever and having the ability to make smart business decisions quickly, with data-driven insights, is critical," said Cosgrove. "The Cloud Sherpas team is able to help clients of all sizes and across all industries create a data-driven culture which will support enterprises to quickly achieve data excellence."