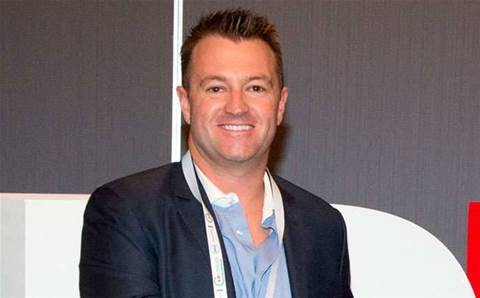 The parent group of Logicalis has revealed that it paid up to $17 million to acquire Melbourne-headquartered IT solutions provider Thomas Duryea.

Datatec, which is headquartered in Johannesburg and also owns distributor Westcon, published its 2016 results on Wednesday. Westcon accounted for 75 percent of the group's US$6.5 billion revenue.

The two businesses are continuing to operate as separate entities in Australia during the earnout period, Oliver Descoeudres, marketing director of Logicalis Australia, told CRN.

There is an "open-door policy" between Thomas Duryea and Logicalis, he added. "The plan is to integrate where it makes sense, to offer more comprehensive capability for customers and give them a better experience."

Teams from both companies recently clinched a major managed services contract with an unnamed customer, Descoeudres said. "We probably couldn't have won it independently, because we both brought very complementary managed services and as-a-service capabilities."

Thomas Duryea was founded in 2000, and is headed up by managing director Andrew Thomas, Evan Duryea and Micah Smith.

Together, Logicalis Australia and Thomas Duryea expect to create a $120 million company billed as "one of Australia’s greatest integrators". The combined group boast Thomas Duryea's deep skills in vendors such as Microsoft, VMware and Dell, along with Logicalis' rich Cisco expertise – it is one of the networking vendor's top Australia channel partners.

"We see fantastic opportunity to extend our Cisco capabilities into TD's customers and we're really excited to be working with Dell, especially with the acquisition of EMC," said Descoeudres.

Thomas Duryea generated revenue of $65.3 million for the 2015 financial year, according to its annual report filed with corporate regulator ASIC, and made a net loss of $7,000.

The most recent Australian results for Logicalis showed that revenues fell nearly $16 million to $53.2 million for the 12 months to 28 February 2015. That followed a bumper 2014 when the integrator placed No.41 in the CRN Fast50 with growth of 23 percent to achieve revenue of  $72.4 million.

Both Thomas Duryea and Logicalis secured positions among this year's CRN MVP club, which recognised the top 20 resellers in Australia based on their aggregate top-tier levels across major IT vendors.

Eliminating departmental friction within MSPs
By Steven Kiernan
May 13 2016
7:00AM