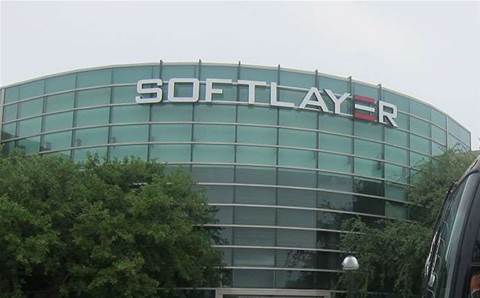 Rhipe has announced a major partnership with IBM SoftLayer that will allow its 1,600 channel partners to host software on SoftLayer's "bare metal" servers.

The distributor, formerly known as NewLease, saw the deal as so material that it went into a trading halt last Friday in the lead-up to yesterday's news.

Rhipe's IT solution provider channel will be able to use SoftLayer as a platform to host software from its key vendor, Microsoft, as well as its other software vendors, which include VMware, Red Hat and Citrix.

The differentiator between SoftLayer and public cloud rivals such as Amazon Web Services and Microsoft Azure is the "bare metal" configuration, "single-tenant physical servers that are completely dedicated to a single customer".

The bare metal set-up allows users to run workloads on high-performance servers that have direct access to physical hardware "thereby providing huge amounts of compute power", according to Rhipe.

SoftLayer servers are available on monthly or per-hour billing

SoftLayer points of presence, including its local data centres in Sydney and Melbourne, are connected by a private network, meaning data isn't transmitted over public internet connections. SoftLayer rents this private network connectivity from "tier one" providers.

Rhipe is set to launch the service in APAC in September 2015, initially across Australia, New Zealand and Singapore, then ultimately in seven APAC countries in total.

             Rhipe admitted it will need to invest $1.5 million in SoftLayer in the first year but "expects to see a positive contribution in the second year".

SoftLayer joins Rhipe's existing cloud partnerships: the distie is a Microsoft Cloud Solution Provider partner in six nations, and is set to enter VMware vCloud Air distribution in Australia & New Zealand in the year ahead.

Rhipe has also cracked the hundred million dollar mark for the first time.

The company posted revenue of $108.8 million, a rise of 46 percent year on year, and $4.9 million of underlying earnings before interest, depreciation and amortisation (EBITDA).

However, costs – including nearly $500,000 spent on transactions and integration – dragged its reported EBITDA to a $1.3 million loss.

While the original price for nSynergy was $25.35 million, this figure has been reduced to $14.35 million, saving Rhipe $11 million. The company will retain $3 million for working capital, while $8 million of earnouts in 2016 and 2017 will be replaced by the "standard Rhipe bonus plans for senior team members".

This means the nSynergy deal is fully paid, with no deferred consideration or earn outs on the horizon. Rhipe is sitting on a cash pile of $12.4 million.