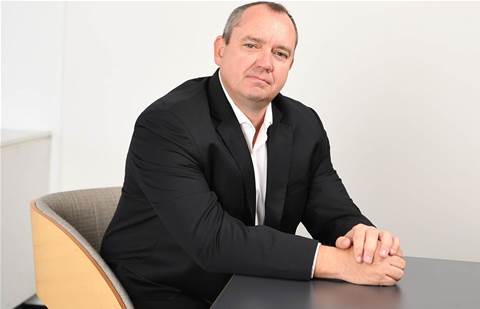 rhipe has reported strong results for the first half of FY 18/19 and plans to boost future growth by further expanding the value-added services it offers to resellers.

The company’s most recent foray into such services came when it acquired Queensland outfit Dynamics Business IT Solutions in January 2019.

Speaking to CRN today to announce the company’s H1 results, CEO Dominic O'Hanlon said the company would use that acquisition to offer Dynamics services to its 2500-strong fleet of resellers

O’Hanlon also said two of the company’s big bets have paid off. The first was expansion into Asia, which he said delivered about $850,000 of operating profit in the half. The second was the company’s new Cloud Service Provider program, a business O’Hanlon said was “doing incredibly well".

The result is the H1 numbers in the table below, all of which describe strong year-on-year growth.

He added that the company had secured a further 50,000 this year alone, believes the market is far from mature and also offers numerous upsell opportunities as users move beyond email and personal productivity to CRM and unified communications.

O’Hanlon said Australia may be more mature than the other markets in which rhipe operates, but that the company is well-placed to surf demand through the region as other markets buy more cloud.

Azure sales again surged: the company reported $14.9m in sales, representing 112 percent year on year growth. O’Hanlon said the Microsoft cloud’s growing maturity will see demand increase, while the affinity between Office 365 and Dynamics will see Microsoft customers  gravitate to Azure rather than other clouds.

The CEO also shrugged off worries that Microsoft’s recent decision to offer direct sales of some parts of Azure could hurt the channel. O’Hanlon dismissed the threat of that plan, saying it is designed to assist  established resellers that specialize in volume sales to cloud-averse buyers in enterprise and government.

rhipe, he said, would stick to subscription-centric plans and the belief that savvy buyers like its proposition of eliminating the possibility of shelfware through subscription sales.

The company will therefore now recognise only payments to itself for services, rather than money that flows through its books. O’Hanlon pointed out that rival distributors appeared not to have chosen to adopt the standard, and may post more substantial revenue numbers, but that rhipe’s position should not therefore be seen as weak.

Indeed, he said the company’s numbers would have been even stronger, save for expenses incurred on increased marketing and headcount, both of which he said helped to fuel growth.

Future efforts to continue that trend will include engagement with more subscription-centric vendors, “potentially” expansion into more geographies, further investment in the company’s subscription platform and more value-added services for customers.

Grow your software revenue by selling these 5 affordable, essential tools for the modern workplace
By Simon Sharwood
Feb 18 2019
10:01AM