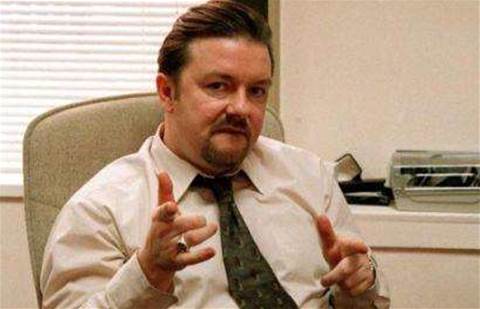 The video sees Gervais resurrect his David Brent character from the BBC comedy The Office.

The video, for which Gervais received a six-figure sum according to The Times, was apparently created in 2003 after the second series of 'The Office' finished.

The Microsoft video was uploaded to video sharing sites such as YouTube and Google Video.

YouTube has since removed the file at the request of Microsoft, but it is still available on Google Video, split into parts one and two.

In the 30-minute piece, Brent offers himself for managing director of Microsoft UK, in exchange for a £40,000 a year salary and a new Mondeo.

The third series of the Ricky Gervais podcast launched earlier this week on iTunes and Audible.