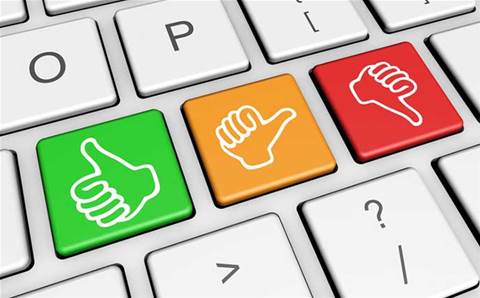 With the increasing number and sophistication of cloud instance types and pricing options, it can be painfully difficult to compare costs from the three largest public cloud providers — Amazon Web Services, Microsoft Azure and Google Cloud Platform — in an apples-to-apples fashion.

RightScale released a study Monday attempting that feat. The US-based cloud management vendor found in its latest survey of the market that for most standard use cases – those not requiring special instance types – Google Cloud comes in cheaper than AWS and Azure.

At the same time, Google charges a premium for solid state storage, making it typically more expensive than its hyper-scale competitors for that advanced option.

The author of the RightScale report, vice president of marketing Kim Weins, noted that ultimately it’s the use case that drives pricing and determines which provider is most cost-effective.

Compute resources constitute three-quarters or more of a typical cloud spend, Weins said, and to thoroughly compare those it's necessary to understand the special pricing plans that have a major impact on actual bills, according to Weins.

"Before you can accurately compare compute prices, it’s critical that you understand the discount methods for each of the cloud providers since that will be a major driver in the price you pay," Weins said.

When it comes to offering special plans, Google is an outlier in that its Sustained Usage Discount (SUD) is applied automatically, requiring no upfront commitment from the customer. The SUD deducts costs from the monthly bill based on the time during that period when specific instance types were running.

Because Google discounts automatically, customer strategy leans more heavily on the approach to realising savings from AWS and Azure.

Microsoft's primary discounting vehicle is an Enterprise Agreement, which delivers an up to 45 percent price reduction on committed use (RightScale used a 30 percent midpoint when calculating Azure results).

With AWS, reserved instances, which essentially are coupons that come with one- or three-year contracts, deliver 24 to 75 percent savings.

For on-demand pricing that doesn't leverage discounts, Google offered the lowest price for five scenarios, and the highest for seven.

Google Cloud tends to be the least expensive when no SSD is needed, and the highest when solid state storage requirements are is introduced.

When prices were assessed per the amount of RAM provisioned and not the hourly rate, Google was most expensive for high CPU instances but least expensive for those that didn't need exceptional computing power.

For all the scenarios considered involving a local SSD, Azure came in at the best price.

Overall, Azure was the least-expensive provider for seven on-demand instances that RightScale evaluated, and the most-expensive for two.

Amazon was most likely to be the middle-priced option across use cases.

Applying the various pricing discounts didn't change those dynamics much, although, for two scenarios where Azure and AWS were equivalent in on-demand pricing, AWS came out a little cheaper when discounts were applied.

Discount prices come with more variability than on-demand – primarily based on the Azure EA discount and the type of AWS reserved instances the customer chooses.

The factors RightScale considered are making it increasingly challenging for the channel to compare complex and ever-changing cloud prices, said Lynda Partner, vice president of marketing at Pythian, a Canadian IT consulting firm that partners with all three cloud providers.

"Cloud pricing is a moving target, and we don't see it stabilising any time soon," Partner told CRN USA. "At any point in time, one vendor's pricing is better for a given application, but that can and almost certainly will change. What works best today may not be the best as their needs change, and they will."

"It's as much about how your usage changes as it is about pricing differences between different vendors," she told CRN USA.