RIM announces its next OS: BBX 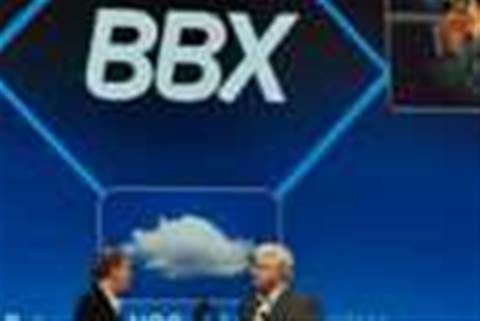 As expected, RIM has announced the next generation of BlackBerry devices will run a new operating system based on the QNX OS used on the PlayBook tablet.

Named BBX-OS, it seeks to bring together tablet and smartphone operating systems into one software package, in much the same way as Google's Ice Cream Sandwich has attempted. This should please developers, who won’t have to create different versions of the same app for separate operating systems.

“It’s a single unified platform for the entire world: for phones, for tablets and for millions of embedded devices,” he said, hinting at applications that could also run in cars and on TVs. “We’ve got the security certification, the reliability certification and the security. We've built on top of that, we’ve added open source to write great apps with and with HTML5 we're intercepting the future.”

RIM hasn’t announced any details of BBX-OS BlackBerry phones yet, referring only to what RIM VP Alec Saunders carefully called “future unnamed devices that are coming,” which will run apps written for the PlayBook.

“Anything you write today in HTML5 or with any of the native PlayBook development tools will go forward onto BBX,” Saunders promised.

That includes Flash 11 and AIR 3, which are included in today’s Developer Beta release of PlayBook OS 2.0, along with support for hardware-accelerated 3D graphics using WebGL and the first appearance of RIM’s Android runtime. This is for Android applications that have been repackaged for PlayBook by developers using the new Android SDK, but RIM demonstrated familiar Android apps like Pulse.

No BlackBerry on BBX

What the OS does not include is any support for the Java ME apps that have run on BlackBerry in the past.

Although RIM had previously suggested there would be a way to run BlackBerry apps in an emulator like the Android player, this won’t be delivered.

“We spent a lot of energy on getting the BlackBerry Java platform to run in BBX but at the end of the day we concluded it wasn’t an experience we wanted to deliver to customers and developers,” Saunders explained. “Looking forward to where we see the platform going, to the next generation of mobile experiences, Java ME doesn’t fit with that experience.”

For the beta, apps written with the PlayBook Native SDK 1.7 will need to be updated to the future native SDK 2.0 and it doesn’t include promised PlayBook apps like email, calendar and contacts.

“This is strictly a developer release, it is not indicative at all of what the final PlayBook 2.0 release will be,” Saunders said.

RIM is also launching a new version of the BlackBerry WebWorks SDK 2.2 for building HTML5 apps, as well as the WebKit-based Ripple emulator for testing WebWorks and HTML5 apps either on a desktop PC or in a viewer directly on a PlayBook.

RIM is porting key open source framework and libraries like SQLite, Box2D and CouchDB to BBX.

BBX-OS also includes a new user interface framework called Cascades for native hardware accelerated animations and graphical effects in applications. It’s built on top of QtCore but aimed at both developers and designers, in much the same way as Microsoft’s Expression Blend tools for building Metro apps.

“This is the future of mobile computing,” said RIM VP Chris Smith; “the user interfaces are going to change, with 3D being used not just frivolously but for something useful in the app. Nobody else has this level of capability baked into a framework for developers to access.”

Grabbing the hybrid cloud opportunity with Lenovo and Azure Services
By Mary Branscombe
Oct 20 2011
8:37AM