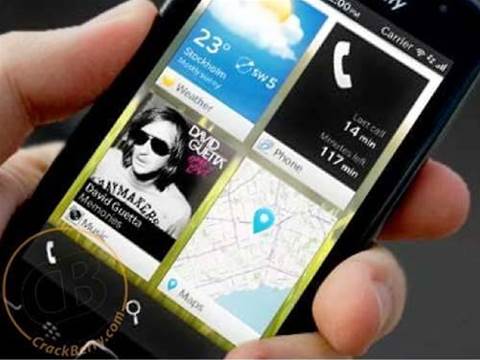 Research In Motion said this week it received 15,000 new apps for its upcoming BlackBerry 10 platform in only three days, suggesting its efforts to woo developers to the new mobile OS may just be paying off.

The rush of new apps resulted from RIM's "Port-a-Thon" events, which encouraged developers to take any applications not already compatible with BlackBerry 10 and "port" them over to the new platform.

The events, which started January 11, and lasted just over 37 hours, were open to developers porting either legacy BlackBerry apps or apps built for Google's Android OS. RIM confirmed this week that the final number of submitted apps came to 15,000.

"When we decided to hold a series of Port-A-Thons to help our developer community port their apps over to BlackBerry 10 we had no idea how wildly successful they would be," the company wrote in its developer blog.

"This past weekend's Port-A-Thons brought in more than 15,000 apps! It has been truly inspiring to see so much excitement and support for BlackBerry 10."

RIM said it will offer developers at least $US100 for each ported app that is ultimately approved by RIM's team and submitted to the BlackBerry App World storefront. The number of approved apps has not yet been determined by RIM.

The company said it will hold one final "Port-a-Thon" event on January 18.

RIM's efforts to build up its ecosystem of apps comes just two weeks before its high-stakes BlackBerry 10 launch on January 30, which will also usher in a new line of BlackBerry smartphones. The launch is largely considered to be a make-or-break move for RIM, as the struggling smartphone maker looks to stage a comeback against market leaders Apple and Google.

Once a dominant force in the smartphone market, RIM has seen its user base shrink drastically over the past few years, particularly with the rise of the iPhone and devices based on Google's Android OS. According to Gartner, RIM's BlackBerry platform accounted for 5.3 percent of the worldwide smartphone market in the third quarter, a number that pales in comparison to Android's 72.4 percent and Apple's 13.9 percent.

While RIM faces a major uphill battle, some of its partners and investors have faith that BlackBerry 10 may be able to turn things around for the beleaguered smartphone maker.

In what appears to be another win for BlackBerry 10, RIM separately announced Wednesday it has received approval from Visa to move forward with its Secure Element Manager solution, which will allow BlackBerry users to make mobile payments on their smartphones through near-field communication technology.

Grabbing the hybrid cloud opportunity with Lenovo and Azure Services
By Kristin Bent
Jan 17 2013
11:56AM