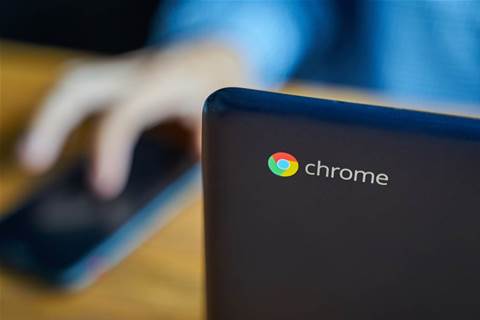 The market for tablets and Chromebooks is continuing the trend of year over year growth this quarter, with Chromebooks continuing to display massive growth numbers, according to data from Canalys and IDC.

Quarter over quarter, however, the market overall has remained relatively steady from the first quarter of 2021 to the second.

While there are some minor differences in the data between the research firms, the general trend shows that shipment numbers have remained steady.

In terms of total numbers for both Chromebooks and tablets, both firms put growth over Q2 of 2020 at around 15 percent, surpassing 50 million units shipped this quarter.

Comparing Canalys’ and IDCs data, both firms agreed that the strong year over year growth of Chromebook shipments continued this quarter. While Canalys’ figures show a 74.7 percent growth, IDC puts it at 68.6 percent.

“The success of Chromebooks is proving to be remarkably resilient,” said Canalys research analyst Brian Lynch.

“Their growth streak has extended well beyond the height of the pandemic as they have cemented a healthy position across all end-user segments in the industry.

Lynch attributes the success of Chromebooks to the education market.

“With Chrome’s hold over the education space relatively secure, Google is set to bet big on the commercial segment this year. We expect to see a strong focus on attracting small businesses with updated services, such as the new ‘Individual’ subscription tier for Google Workspace and promotions on CloudReady licenses to repurpose old PCs for deployment alongside existing Chromebook fleets.”

IDC mobility and consumer device senior research analyst Anuroopa Nataraj also highlighted education as the growth area and added this is also true of the market for tablets.

"Opportunities in the education market are still ample for both tablets and Chromebooks. Online learning has gained rapid traction and has pushed forward the digital revolution in the learning space," she said.

As for vendor share, HP maintains its lead for Chromebooks and outpaced all the other vendors. Canalys put its market share at 36.4 percent, while IDC stated it was 35 percent - though both agreed the company saw a 115 percent growth in the number of units it shipped year over year, far above the total market growth.

Lenovo has maintained the second-place spot it held last quarter at 2.6 million units shipped, followed by Acer at 1.9 million - both numbers agreed on by the two firms’ data.

The numbers for tablets are not as remarkable as for Chromebooks, with both firms noting a year over year growth of just over 4 percent. However, while IDC said that this is a 1.5 percent increase over the previous quarter, Canalys claimed it was actually a 1.5 percent decrease.

“The tablet market has truly put to rest all predictions of a slow demise,” said Canalys Research Analyst Himani Mukka.

“We have now seen a fifth consecutive quarter of year-on-year growth and the industry has many reasons to be optimistic for the future. Even as consumer demand for tablets undergoes an inevitable slowdown in the coming quarters, there are exciting developments to be seen in commercial deployments.

“Canalys expects to see stronger integration between the tablet and PC, allowing for smoother workflow transitions between multiple devices, which is especially attractive to those operating under hybrid and on-the-go workstyles. This will certainly be the case for iPads and Macs, but the introduction of Windows 11 on cloud, and its usage on devices that can run Android bodes well for tablet vendors, users and developers beyond the Apple ecosystem.”

The vendor data for tablets shows a slightly more combative market. While Apple and its iPad range hold onto the top spot, the company’s growth has stalled as IDC put it at 3.5 percent year over year and Canalys stated it fell by 0.5 percent.

Grow your software revenue by selling these 5 affordable, essential tools for the modern workplace
By Ben Moore
Aug 3 2021
12:25PM