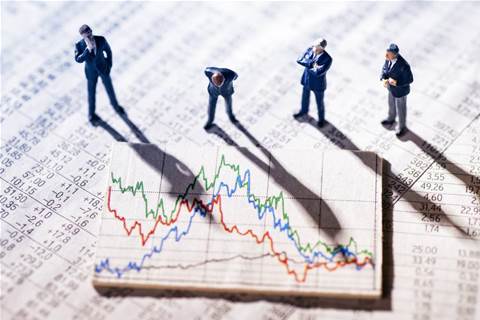 SentinelOne secured its second massive funding round of 2020 and notched a valuation of more than US$3 billion as the company looks to keep accelerating its hypergrowth.

“The past eight months have been an inflection point in our business across the globe,” SentinelOne Chief Operating Officer Nicholas Warner said in a statement. “Our ease of deployment and autonomous remediation has made us the go-to solution to replace other next-gen products at scale.”

The company said its valuation has tripled from just US$1.1 billion in February to more than US$3 billion today. SentinelOne said its Series F round was “significantly oversubscribed” and included participation from Sequoia Capital Global Equities as well as existing investors Insight Partners and Third Point Ventures.

“Cloud, container, and IoT technologies are empowering today’s distributed workforce,” SentinelOne co-founder and CEO Tomer Weingarten said in a statement. “A cohesive view of the entire enterprise network and a real-time autonomous security layer across all connected assets is required to protect people, businesses and their data, wherever they are.”

SentinelOne said it has enjoyed 130 percent year-over-year revenue growth in Fortune 500 accounts and serves four of the Fortune 10. The company said 77 percent of its customers subscribe to multiple SentinelOne platform modules and that it has a 74 percent deal win rate in the last 12 months and has achieved an enterprise net retention rate of 125 percent.

“After leading SentinelOne’s Series A financing over six years ago, Tiger Global is excited to further deepen our partnership with Tomer and SentinelOne’s world-class team by leading this round as the company prepares for its next chapter,” Tiger Global Partner John Curtius said in a statement. “It is a unique point in time in the company’s journey, and the future looks bright.”

Chief Marketing Officer Daniel Bernard told CRN in February that SentinelOne was looking to keep its net customer retention rate above 100 percent by increasing spend from existing customers on a year-over-year basis. This would require getting them to move beyond SentinelOne’s core offering and embrace some of the company’s new capabilities, Bernard said at the time.

Grow your software revenue by selling these 5 affordable, essential tools for the modern workplace
By Michael Novinson
Nov 13 2020
6:31AM