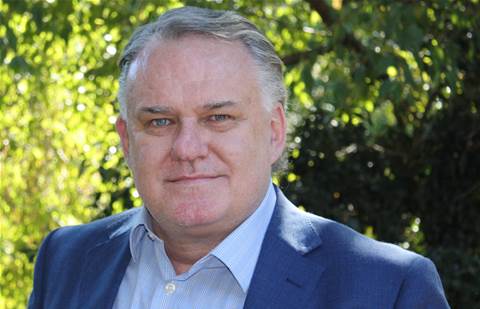 Wright comes in after the role had been unfilled for 12 months. Previously known as ANZ regional vice president, the role was held by Frank Ong from February to August 2020.

Wright is responsible for “setting the direction” of the ANZ team and managing the expansion of the business across the region. He reports to Riverbed APJ vice president of sales Nick Boyle.

“As a leader focused on business growth and digital transformation, Tony’s deep understanding of the Australia and New Zealand markets makes him the right person to take Riverbed to the next level,” Boyle said.

“We know that Tony’s leadership will support organisations across Australia and New Zealand as they navigate complexity and hone their competitive edge by enabling them to deliver end-to-end visibility and performance across networks and applications.”

Wright was executive vice president of sales at Australian government and councils ERP vendor TechnologyOne from October 2019 to March 2021, handling the company’s global revenue and its global sales division.

Prior to TechOne, Wright also worked at Symantec, Oracle, Barcom Group and Cisco in a variety of sales and leadership roles.

Speaking on his new role, Wright said, “Riverbed is perfectly positioned to drive a new phase of growth across Australia and New Zealand, and I look forward to continuing to build on the momentum the team has already created.”

“I can’t wait to get started and begin talking to customers about how our leading end-to-end visibility and performance solutions, can help business and government organisations as they modernise and secure their networks, accelerate cloud and SaaS migrations, and advance hybrid work environments as employees increasingly work-from-anywhere.”

CRN has contacted Riverbed for further comment on the position's extended period of vacancy.

Grow your software revenue by selling these 5 affordable, essential tools for the modern workplace
By Nico Arboleda
Aug 10 2021
12:27PM