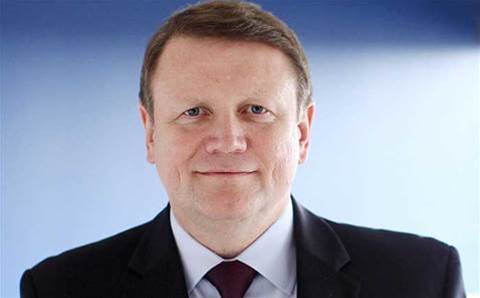 Riverbed on Tuesday announced that McBee has been appointed president and CEO of the network technology firm and will be continuing to push Riverbed’s Digital Networking and Digital Experience Management businesses.

Prior to McBee’s appointment, Riverbed Chairman David Murphy took on the interim role of CEO of the company in October. Riverbed's CEO of five years at the time, Paul Mountford, left Riverbed to take another position in the industry, according to the company.

Riverbed did not immediately respond to a request for comment from CRN USA on its new appointment.

Chairman and interim CEO Murphy called McBee a "strong leader and strategist" with a solid track record of driving business execution and results in a statement. "Riverbed has experienced strong performance recently and [McBee] is the right leader to continue our upward momentum, as well as bring the passion and dedication to operational excellence that he is well known for in the industry."

McBee has more than 30 years of leadership experience, including his most recent eight-year tenure as Mitel's CEO. Under his leadership, McBee was critical in evolving the company from a premise-based private branch exchange (PBX) provider to one of the market leaders of public and private cloud-based communications and collaboration solutions for businesses and saw the company through several acquisitions, including its ShoreTel buy for $530 million.

Mitel was acquired by an investor group led by Searchlight Capital Partners in 2018 and was taken private.