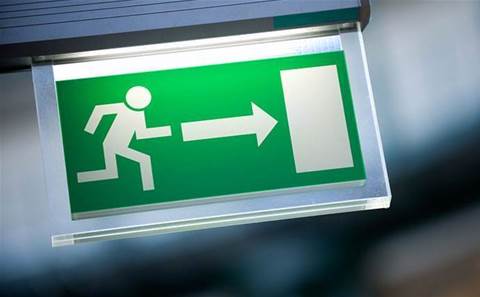 DXC has confirmed the departure of two of its senior infrastructure leaders, Peter Fury and Rob McCabe.

The news comes after DXC revealed earlier this month that globally it had axed four layers of management in its delivery and support organisations. The company has also revealed plans to consolidate its Australian offices by about half over the next three years.

A DXC spokesperson confirmed that Fury's exit related to the global restructure, while McCabe resigned in June and will leave the organisation in September. The spokesperson added that the departures "are not connected to any change to our infrastructure strategy and not related to each other".

McCabe had been general manager of infrastructure business UXC Connect, which was part of last year's $427.6 million acquisition of UXC Limited by CSC. He had previously reported into long-term UXC Connect boss Ian Poole, who retired in April 2016.

Rob Kohler has stepped across from his role as DXC's director of energy, mining & tech to replace McCabe as acting director of DXC Connect, which has around 300 staff.

When UXC Connect's Ian Poole left in 2016, he was replaced by Peter Fury as part of a decision to merge UXC Connect with the CSC infrastructure organisation (GIS), which Fury led.

Fury got a new role earlier this year as DXC's regional delivery director, a position that has since been filled by Fiona Green.

Fury has already commenced a new role at Dimension Data as a senior vice-president based in Melbourne.

UXC Connect was a major Australian player in networking, infrastructure, managed services and professional services. Its project to segregate Melbourne Water's IT and operational networks took out the 'Trusted Systems' category at the 2016 CRN Impact Awards.

UXC Connect made multiple appearances in the CRN Fast50, most recently in 2014 when it turned over $217.3 million and won the CRN Fast50 'Leader' award.

The combined CSC and UXC merged with Hewlett Packard Enterprise Services to create DXC Technology, which officially launched in April and claimed an Australia & New Zealand headcount of 10,000.

The company is run in Australia & New Zealand by managing director Seelan Nayagam.