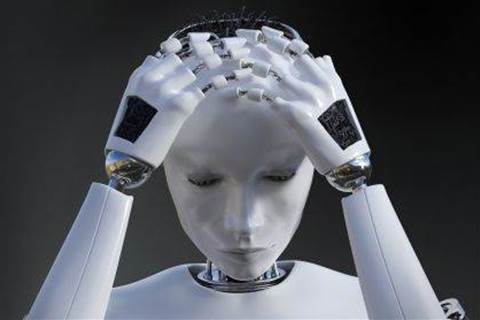 LAS VEGAS (Reuters) - Amazon.com CEO Jeff Bezos said on Thursday he expects there will be commercial robots in the next 10 years that can grasp items as reliably as humans, a development that could lead to the automation of warehouse jobs around the world.

The remark, made on stage at Amazon's "re:MARS" conference in Las Vegas, underscored how companies and university researchers are rapidly developing technology to perform human tasks, whether for elder care in the home or for the picking and stowing of goods in retail warehouses.

"I think grasping is going to be a solved problem in the next 10 years," he said. "It's turned out to be an incredibly difficult problem, probably in part because we're starting to solve it with machine vision, so (that means) machine vision did have to come first."

Bezos did not discuss any Amazon deployments of the technology, which it has tested from the US-based startup Soft Robotics, for instance, a person familiar with the matter told Reuters previously.

The company has said it views automation as a way to help workers, but is also known for its drive to mechanize as many parts of its business as possible, whether pricing goods or transporting items in its warehouses. It employs hundreds of thousands of people, many of whose primary task is grasping, scanning and placing customer orders.

A variety of companies other than Amazon have also rolled out robotic hands for limited warehouse pilots.

In the on-stage interview, Bezos also discussed Project Kuiper, Amazon's recent bet to launch thousands of satellites to expand broadband internet access, which he said was "close to being a fundamental human need."

"It's also very good business for Amazon because it's (a) very high capex undertaking; it's multiple billions of dollars of capex," he said. "Amazon is a large enough company now that we need to do things that if they work can actually move the needle."

Asked whether people ever say "no" to Bezos, the world's richest person and a famously scrupulous boss, he joked, "No! Certainly not twice. No, seriously, I do get told 'no' all the time. I seek it out."

"People who are right a lot, they listen a lot. They also change their mind a lot," he said earlier in the interview. "They wake up, and they re-analyze things all the time."

Eliminating departmental friction within MSPs
By Jeffrey Dastin
Jun 7 2019
11:17AM