Robot waiters fired for being rubbish at their jobs 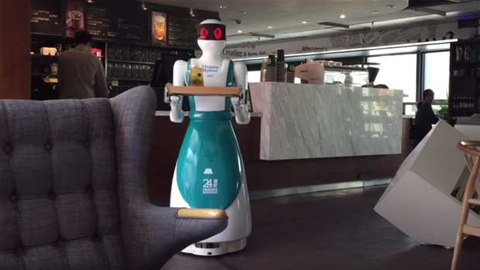 Google's AlphaGO AI may have terrified the general populous its recent victory over flesh-based master of an ancient Chinese board game, but it would be rubbish at carrying soup. That, at least, is one possible take away from news that a number of restaurants in China have fired robot workers for being massively incompetent.

According to Workers Daily, two restaurants that employ robot workers in the city of Guangzhou have been forced to close down, while a third that initially took on six robots has booted all but one. It does raise the question of what that one particular worker did differently… Or who it's dating.

“The robots weren't able to carry soup or other food steady and they would frequently break down. The boss has decided never to use them again," one of the restaurant's employees told the expat news site Shanghaiist.

"Their skills are somewhat limited," another employee said. "They can't take orders or pour hot water for customers." 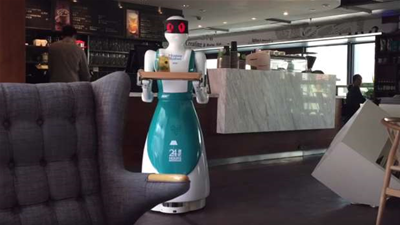 Above: A robot waiter that remains employed

The cost of hiring one of the robot waiters is reportedly 50,000 yuan (approximately AU$10,000), with a few hundred extra yuan each month for electricity and necessary repairs. It turns out this cost amounts to little more than a fancy doorman, as the robots were only competent enough to guide customers to their tables.

With the UK government being encouraged to investigate the impact of robots on jobs, and a recent study from Deloitte claiming automation will claim 11 million jobs by 2036, it's heartening to see the machines get a knocking. I wonder where they are now – playing Go on street corners probably.

Perhaps the restaurants should look into a different type of robotic food delivery, such as this breakfast machine, care of Swedish inventor Simone Giertz:

Telecommunications Services
By a Staff Writer
Apr 13 2016
7:29AM