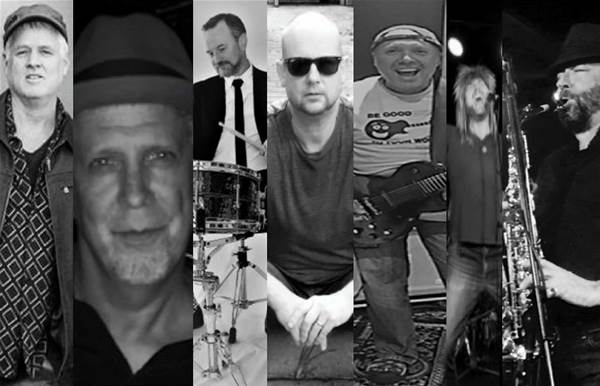 A rock band formed of current and ex-Dimension Data staff will play its first public gig next month to raise money for a charity that delivers video conferencing links between sick kids and their schoolmates.

Moonshine Special, as the band is now known, was formed back in 2008 as the DD Band to duke it out with Telstra and Cisco at a battle of the bands event thrown by the networking vendor to raise money for cerebral palsy.

Following the event, the group saw the band as a vehicle to raise money for charity, according to DiData’s ACT and NSW regional director Pete Murray, who plays sax and sings backing vocals for the group.

“We like the purpose for which we formed in the first place, to raise money for charity, so what we do as a group of IT blues brothers blokes, is that we are going to perform for charities to help them raise money,” he said.

Moonshine Special’s first official gig is coming up in August, for a charity established in partnership with Dimension Data called the Jack Edge Connected Classroom Foundation (JECC). Earlier fundraising for JECC had seen the band play for DiData’s clients at its own events, among other initiatives.

The charity’s mission is to connect students unable to attend school due to illness to their classrooms and friends via video conferencing endpoints sourced and deployed by Dimension Data, and operating on the Department of Education’s secure gateway.

The foundation came about in 2012 when DiData solution architect Paul Barr used his connections to set up a conferencing solution at a school where Jack Edge, a classmate of Barr’s daughter, had been diagnosed with diffuse intrinsic pontine glioma, a strain of cancer which he sadly later died from. JECC was incorporated last year.

DiData underwrites the charity and performs the deployment labour involved for no cost, and funds raised by the charity go towards providing approved endpoint equipment and helping the education department supply the required network bandwidth.

This latest fundraising event will see Murray and his band perform at Sydney’s Bridge Hotel on 16 August, where they play a number of rock and roll tunes, including their take on Cocaine (Eric Clapton), Ain’t No Sunshine, Brown Sugar and others.

"We're a rock 'n' roll band doing rock cover songs, and we'll also take a traditional song and turn it into rock 'n' roll. Our version of Cocaine, for example, is a lot different from the original," Murray said.

Murray said the group hoped to raise $6000 in ticket sales from the event, toward the charity's goal of $300,000 for the year. Tickets can be bought online from Moshtix.

"We'll also auction off a couple of things and take some donations on the night. If we were to get $10,000 from the event we'd be very, very happy with it," he said.

"What we hope will happen is that we'll get other vendors and our competitors to be inspired to embrace this charity as a reflection of the good work our industry can do," he said.

Moonshine Special will also play at the Bridge Hotel in November, but the charity has not yet been picked. The Bridge Hotel has offered the venue for free.