RSA 2021 moved from February to May 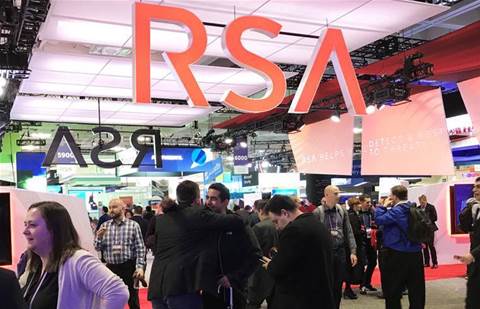 RSA Conference organizers announced Tuesday that the 2021 event has been pushed back from the week of Feb. 8 to the week of May 17.

“Our team puts an incredible amount of through and care into every decision we make – and changing the date of our physical event was no exception,” RSA Conference Senior Director and General Manager Linda Gray Martin wrote in a blog post. “Based on many discussions, it was clear that an event in May would help increase the safety of our attendees.”

Martin said the RSA Conference’s working assumption is that they will be hosting a physical event at San Francisco’s Moscone Center accompanied by a rich virtual experience. RSA Conference officials will be working with the city of San Francisco at every stage of the planning process and will adhere to federal and state regulations around the size of gatherings, social distancing, health and sanitization protocols.

RSA Conference officials have worked through a variety of scenarios of what 2021 will hold, according to Martin. Details of the 2021 30th anniversary event are rapidly evolving, and Martin said RSA Conference organizers will remain as transparent as possible as plans unfold.

“We can say with certainty and great enthusiasm that we are looking forward to bringing our community together again, both physically and virtually,” Martin wrote in the blog post.

RSA Conference organizers controversially decided to move forward with their 2020 event from Feb. 24 to Feb. 28 even though other shows scheduled to take place that same week such as Mobile World Congress were cancelled. In the weeks leading up to RSA Conference 2020, 14 vendors pulled out of the show, including three Platinum and Gold Sponsors: IBM Security, AT&T Cybersecurity and Verizon.

The lighter attendance at RSA Conference 2020 was noticeable both on the Expo floor as well as on the streets around the Moscone Center, with conference officials reporting that more than 36,000 people attended the event. That was down more than 15 percent from a reported attendance of 42,500 during RSA Conference 2019, which took place during the first week of March.

Four Exabeam employees who attended RSA Conference 2020 tested positive for coronavirus a week or two after the massive cybersecurity event, with Senior Security Engineer Chris Tillett requiring hospitalization and spending roughly two weeks in an induced coma. Tillett woke up from his coma on March 20 and was released from Danbury (Conn.) Hospital several days later.

Meanwhile, organizers for Black Hat and DEF CON announced May 8 that their early August conferences will be exclusively digital due to the coronavirus pandemic. The more corporate Black Hat USA event was scheduled to take place from Aug. 1 to Aug. 6 at Las Vegas’ Mandalay Bay Convention Center, while the DEF CON hacker convention was scheduled from Aug. 6 to Aug. 9 at the Caesars Forum in Las Vegas.

That decision came two and a half weeks after BSides Las Vegas canceled their 2020 event. BSides was started in 2009 as a way of providing free education to those who couldn’t afford to get into Black Hat, and the 2020 show was expected to draw 3,100 people to Las Vegas’ Tuscany Suites and Casino on Aug. 4 and Aug. 5.