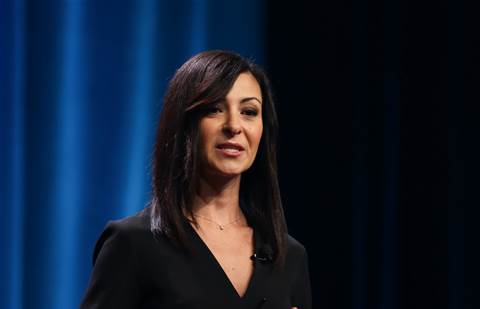 Amazon Web Services has turned to a Cisco Systems veteran and “change agent” to lead its global partner program.

Borno was not available for comment. Since February 2020, she has led Cisco’s customer experience centres teams that deliver technical support, professional services, managed services, customer success and hardware and component repairs and replacements.

AWS announced last week that Yeum, who became channel chief in July 2019, was leaving his post to help build a new business on the retail side of parent company Amazon.com. His last official day with AWS falls after the conclusion of the AWS re:Invent 2021 conference for partners and customers in Las Vegas, where he’ll deliver the AWS Global Partner Summit keynote address.

With Borno, AWS will get its third global channel chief in less than three years for its AWS Partner Network (APN), which has grown to more than 100,000 partners and is adding 50 partners per day in its ninth year, according to the cloud computing provider.

Borno’s official start date will come five months after Adam Selipsky returned to AWS as its new CEO. The APN public sector partner program also is getting a new leader in Jeff Kratz, who previously led the regional public sector team for Latin America, Canada and the Caribbean.

Borno had been working for the Boston Consulting Group (BCG) for nearly seven years prior to joining Cisco. When Chuck Robbins was announced as Cisco’s new CEO in 2015, he hired her to join his leadership team as chief of staff and vice president of growth initiatives.

Borno was considered an “outsider insider” at Cisco because she had consulted for the company while at BCG. In fact, Cisco was her last client at the Massachusetts-based global management consulting firm, where she focused on strategic transformation, portfolio and organisation optimisation, post-merger integration, and growth strategies for enterprise and consumer technology companies, according to her LinkedIn page.

Borno was the only person on that Cisco executive leadership team who came from outside the company — brought in to help develop a strategy that was going to transform Cisco’s business model, she said in a June “No Turning Back” podcast with the McChrystal Group, a global advisory services firm. Borno acknowledged she suffered from imposter syndrome at the time.

“I was looked to as a change agent, almost an agitator in some cases, to question the status quo,” Borno said during the podcast.

“Recognising that and fully owning it is really important and easier said than done, at least in my case. I was the only millennial on the leadership team, and I’m coming in to question what we’re doing and also work with the executive leadership team on developing the transformation of the company: How do we evolve our business model and look at it completely from the outside in — so market first, customer first as opposed to where we (stood).”

When she sat down with Robbins in one of their early meetings, Borno asked why he hired her.

Cisco’s official biography for Borno credits her with reshaping the company’s strategic business planning process in support of its own digital transformation and that of its customers and partners in that initial role. Borno also led the agenda for the World Economic Forum’s IT Governors to focus on reskilling and job creation by IT companies, according to her Cisco bio.

Borno, who has a PhD and Master’s degree in electrical engineering from the University of Michigan, ascribes to a leadership philosophy voiced by Belinda Parmar, a fellow member of the World Economic Forum’s community of Young Global Leaders and CEO of The Empathy Business, a consultancy.

“That really resonated with me,” Borno said during the “Roar” podcast. “I had a chance to build my (Cisco customer experience centres) leadership team in the middle of the pandemic, and I would say that they all exude those three characteristics. We need empathy and emotional intelligence to set a vision, get everyone headed in the same direction and give people the space to figure out how to get there.”

Leaders don’t get where they are by themselves, Borno said.

“It really requires collaboration,” she said. “It requires helping others achieve their potential. I look good when my team does a great job and when they look good.”

Grab the MSP security opportunity
By Donna Goodison
Nov 23 2021
6:57AM